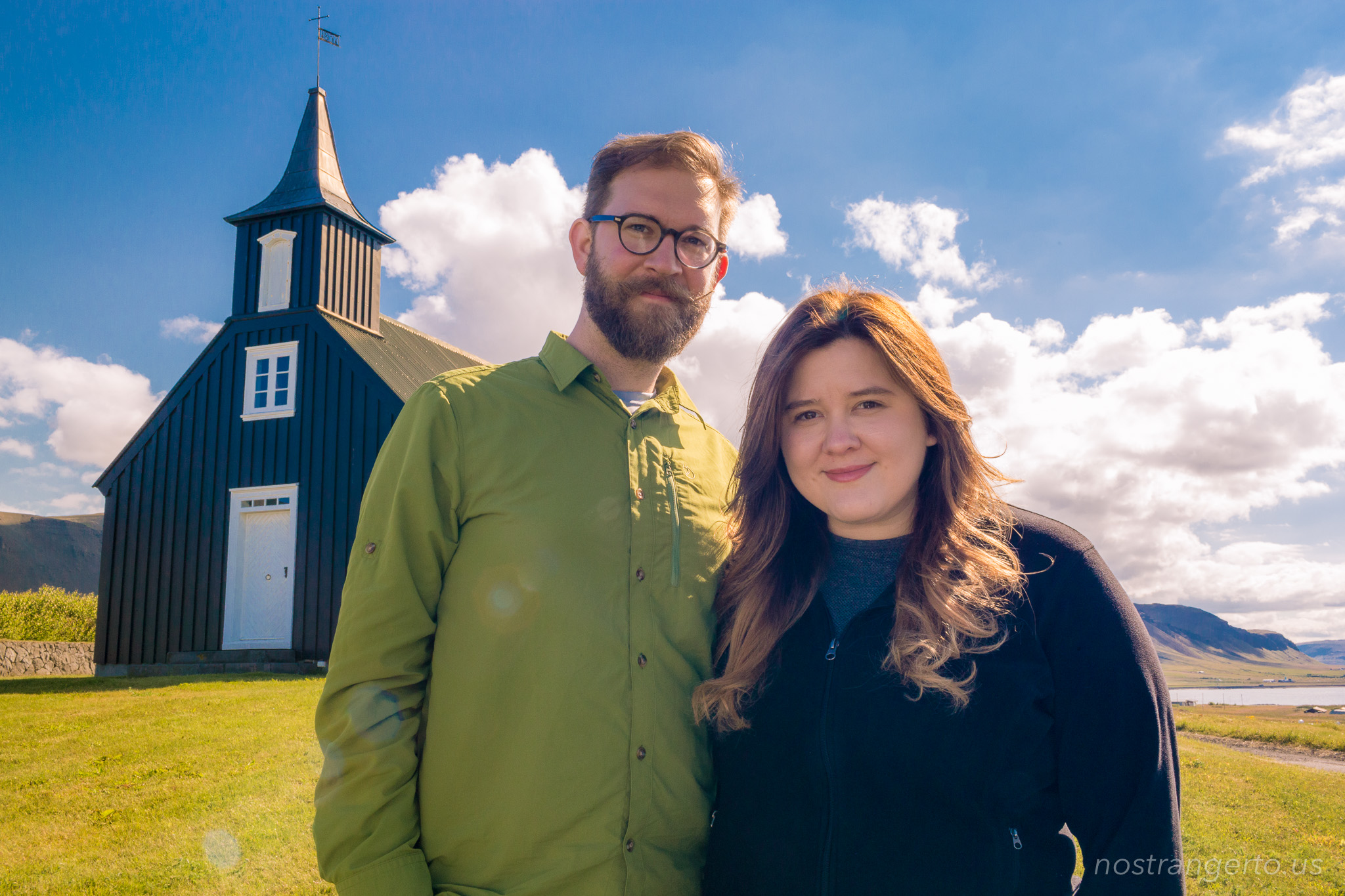 In celebration of our eighth wedding anniversary we traveled to Iceland for six days in August 2016 and because we had a limited amount of time I conducted a large amount of research on the area prior to choosing our daily activities. To say that Iceland is otherworldly is an understatement. Iceland has a unique and dramatic landscape that features hot springs, geysers, volcanoes and most noteworthy, waterfalls!

Each day was an epic adventure, and I’m so happy to have spent so much time exploring and experiencing new things with Cooper.

On our first day in Iceland we fought our jet leg and visited a few key sites. Reykjavik celebrated gay pride during our stay and the main government building partnered with a local artist to paint the steps in rainbow colors to support the parade. 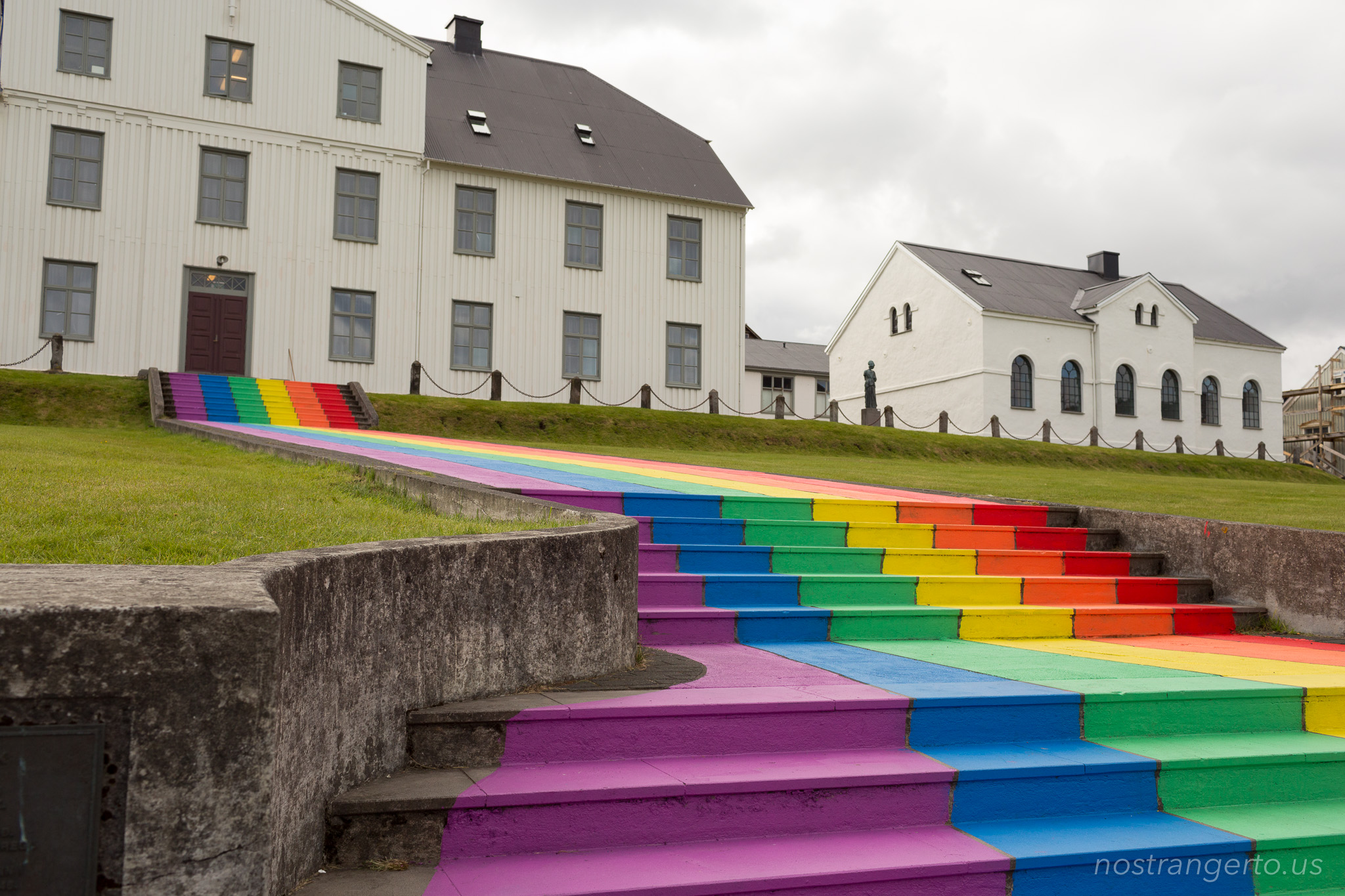 The gorgeous Atlantic ocean views near the Sólfar or the Sun Voyager, a sculpture by Jón Gunnar Árnason were the next stop on the journey. The Sun Voyager is concepted as a dreamboat, an ode to the sun. Intrinsically, it contains within itself the promise of undiscovered territory, a dream of hope, progress and freedom. I love the idea behind it’s construction, it was such a great way to kick off our trip. 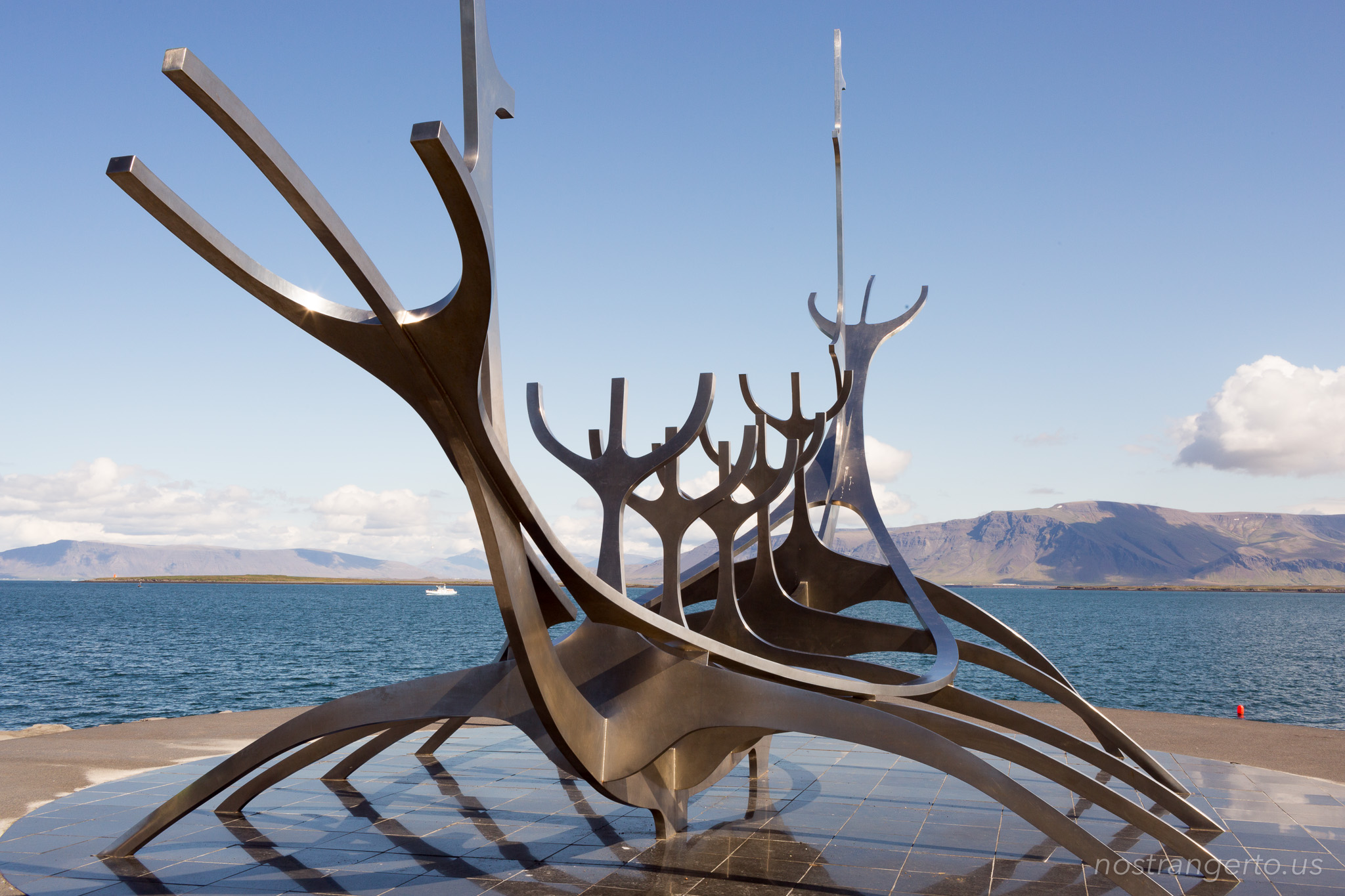 In the evening we took our own walking tour within downtown Reykjavik and saw the city  lit up at night. Who knew that Reykjavík would have it’s own Big Lebowski themed bar! Give it to Iceland to take the 1998 cult classic and make it a lifestyle. The bar boasts 16 varieties of “The Dude’s” iconic drink, The White Russian. The interior of the bar is divided into four separate themes—bowling alley, a southern-style porch, a ‘50s diner, and a kind of ‘60s playboy lounge bar on the upper floor.

We could not miss grabbing a beer and hanging out with the locals. It was quite windy walking through the streets hence Cooper’s wind-blown look. 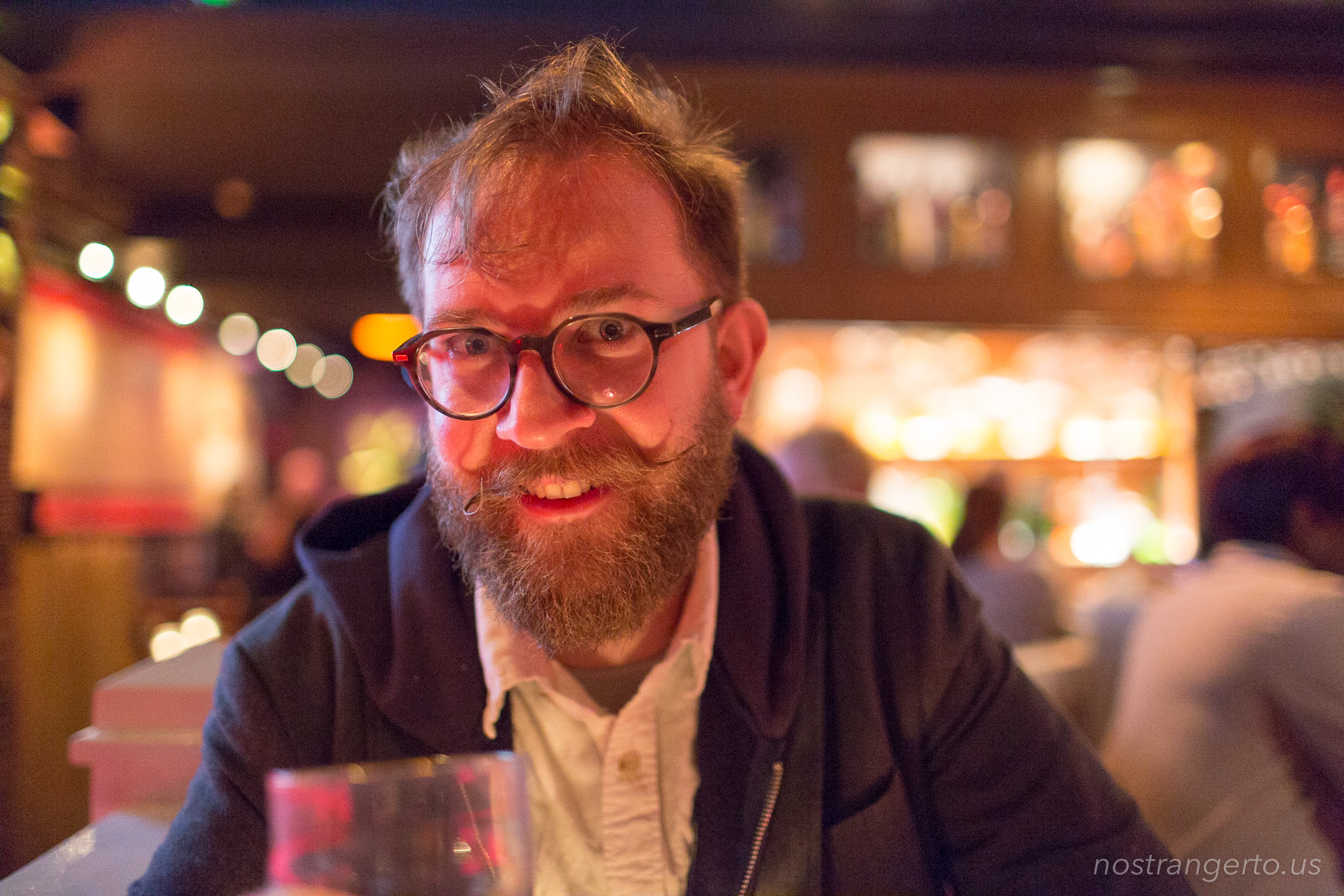 Using Reykjavik as our home base we opted to take self driving day trips to the surrounding areas. Just a 40 minute drive out of the capital we were greeted with breath-taking views in Þingvellir National Park. The park is a UNESCO World heritage site and is protected as a national park due to its unique geology and natural features. The Almannagjá canyon is formed between two tectonic plates and is a stunning visual representation of continental drift. 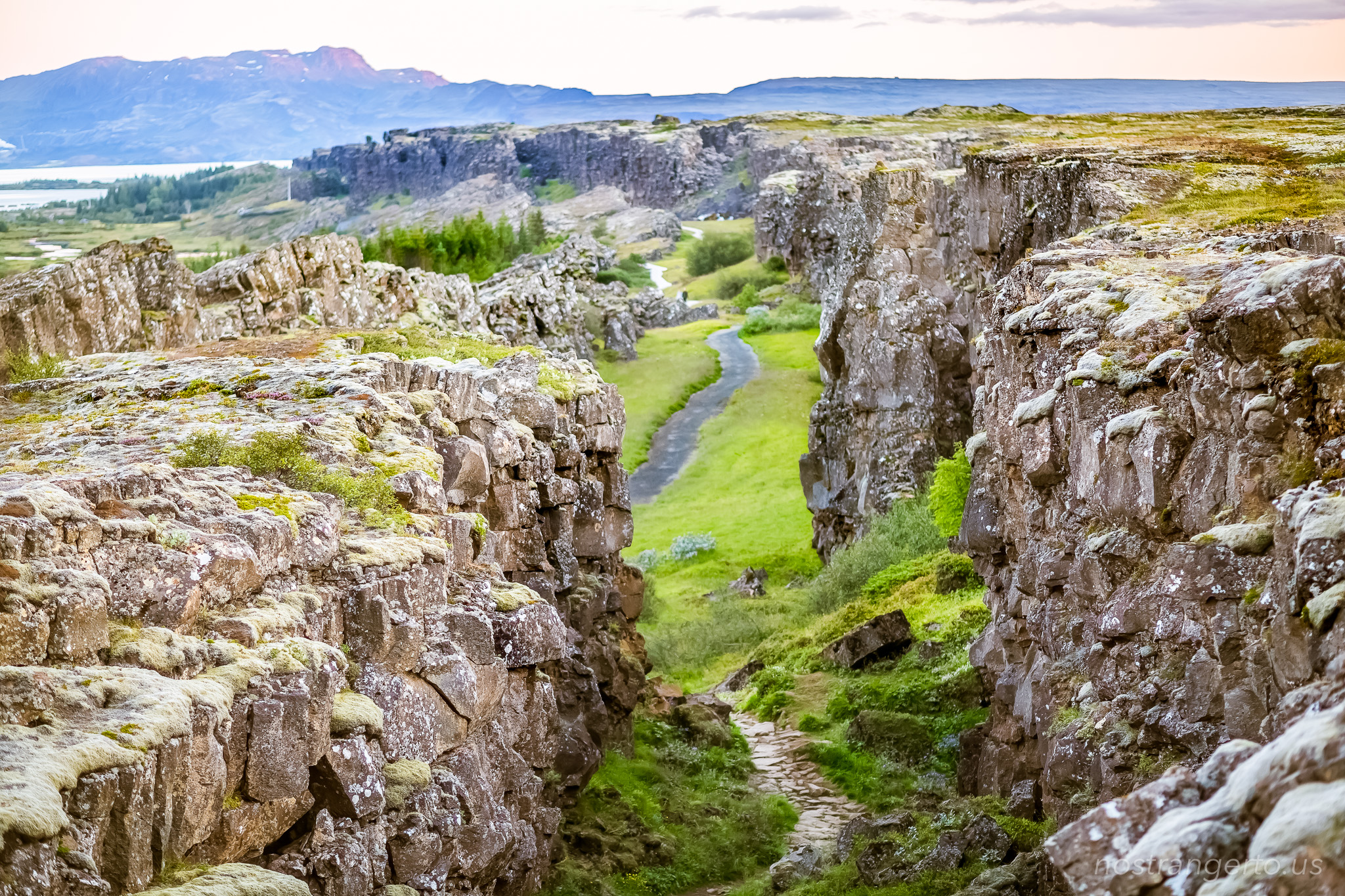 Next we visited Brautarholtskirkja Church, located on the small Kjalarnes Peninsula. It was built in 1857 by a local carpenter and is in fact the oldest wooden church that has been in continuous use in Iceland. The Brautaholtskirkja Church was dedicated to St. Nicholas, the patron saint of children and fishermen. 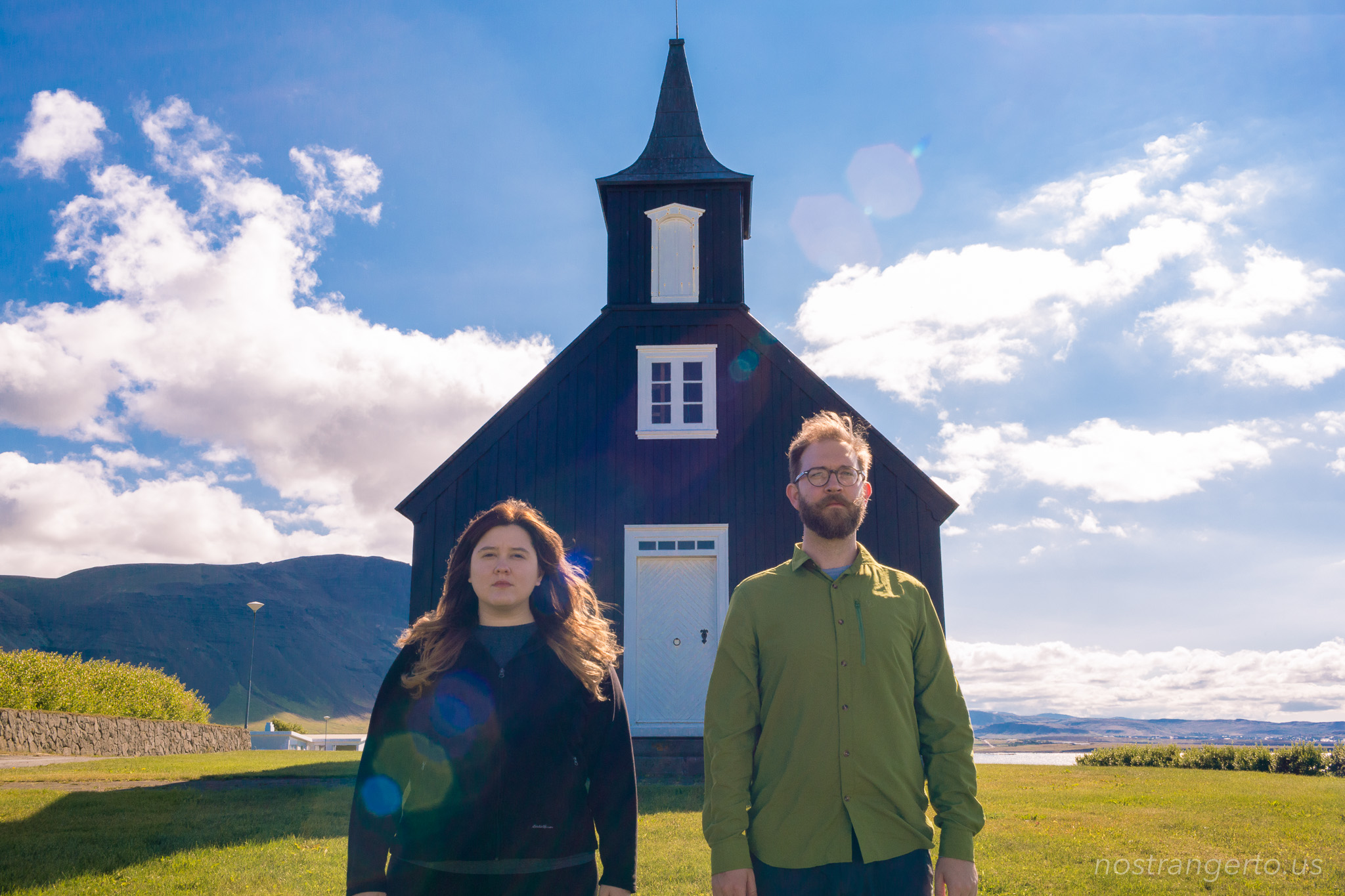 We encountered our first friendly Icelandic horses near the church, and fed them some of our trail mix. It was surreal watching these majestic creatures frolicking and playing with each other with this stunning mountainous background. 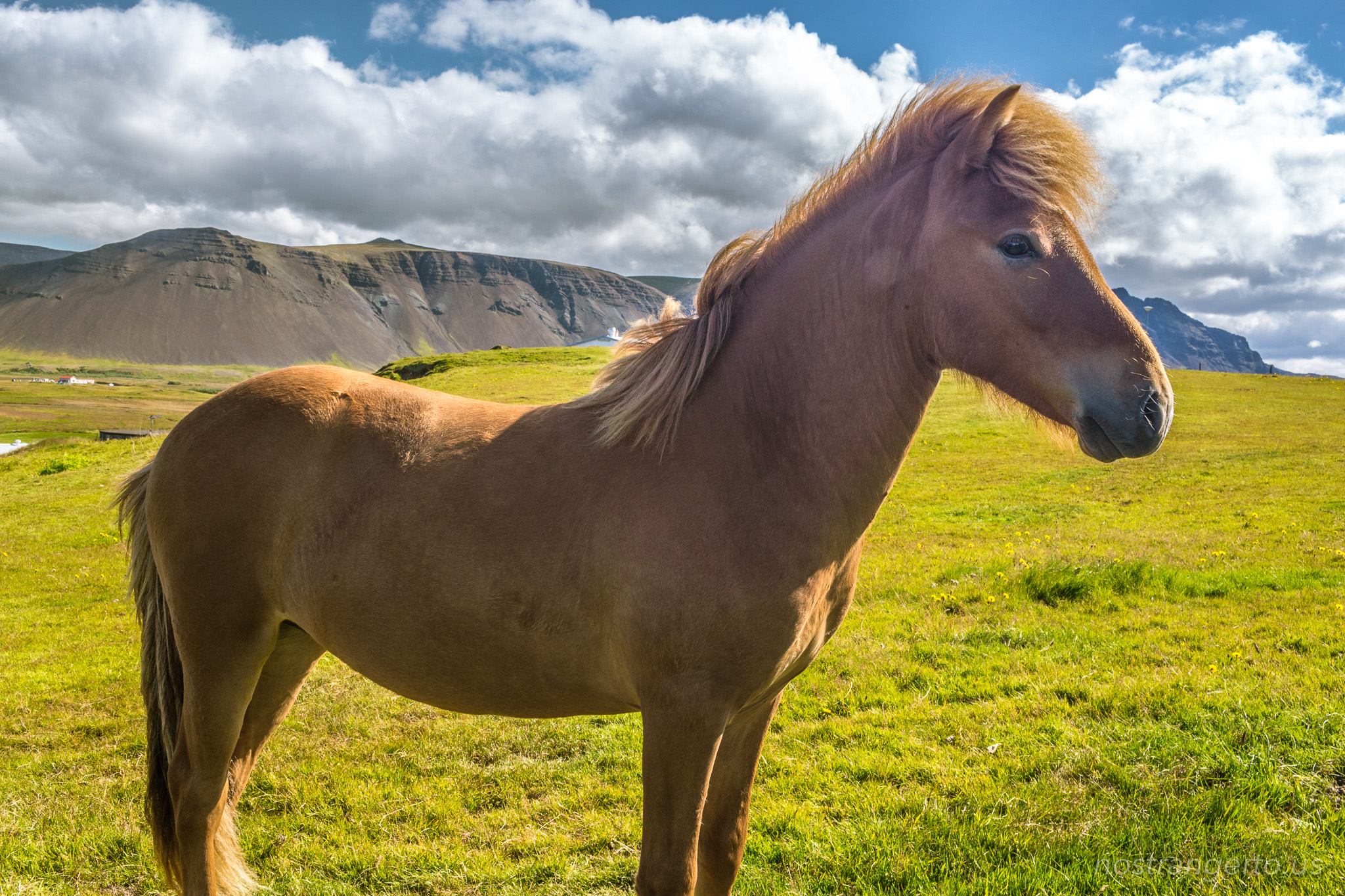 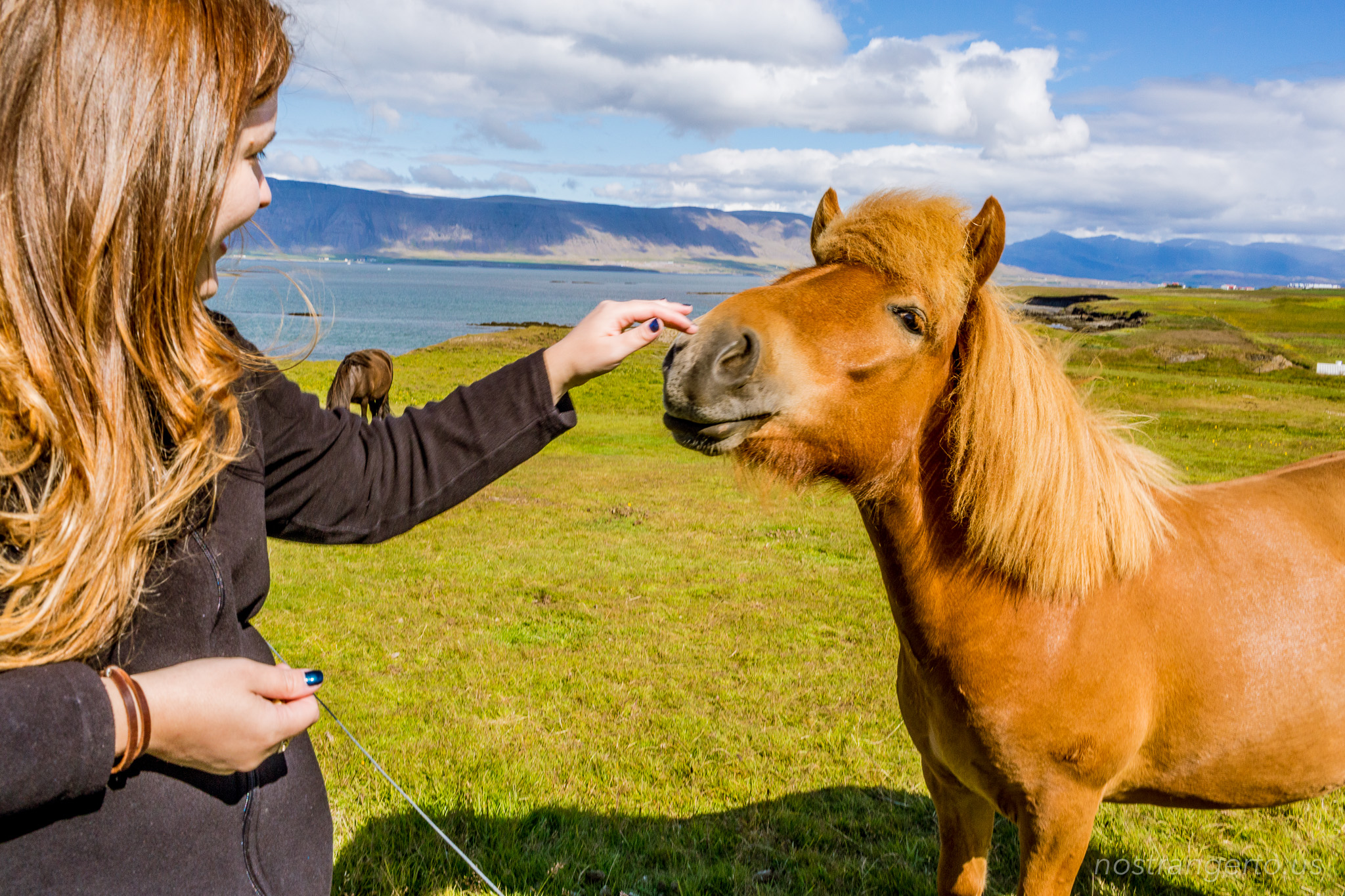 On our return drive to Reykjavik we stopped to go on a hike through some rolling hills. We came across several beautiful babbling brooks, flora and fauna, and other friendly hikers. 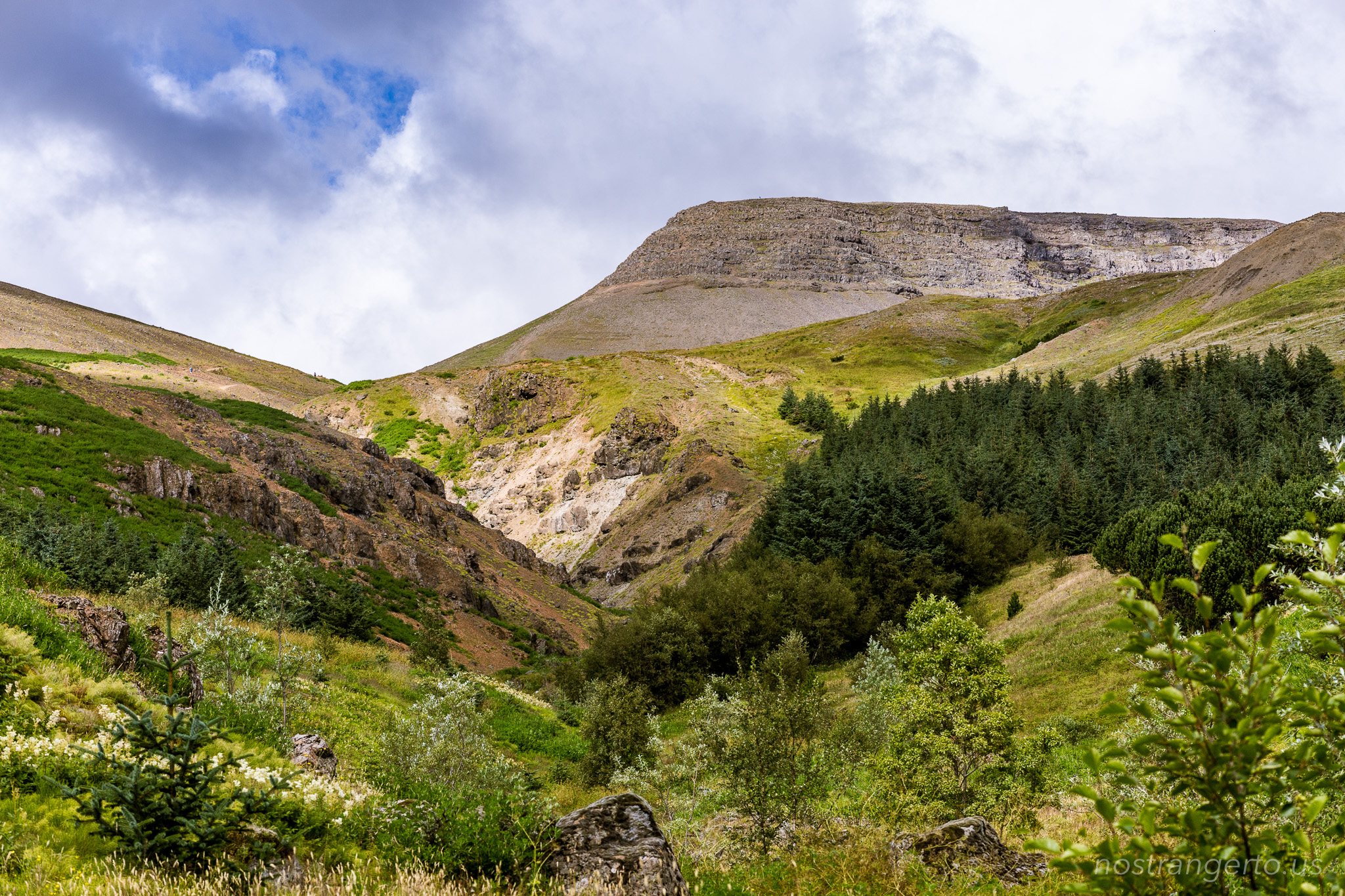 While hiking we noticed vibrant purple fields of what we found out later was Alaskan lupine. These lavender like flowers bloom in the summers and were introduced to Iceland in 1945 to help with soil fertilization and combat soil erosion. The plant is also able to add atmospheric nitrogen to the soil by using bacteria in its roots. 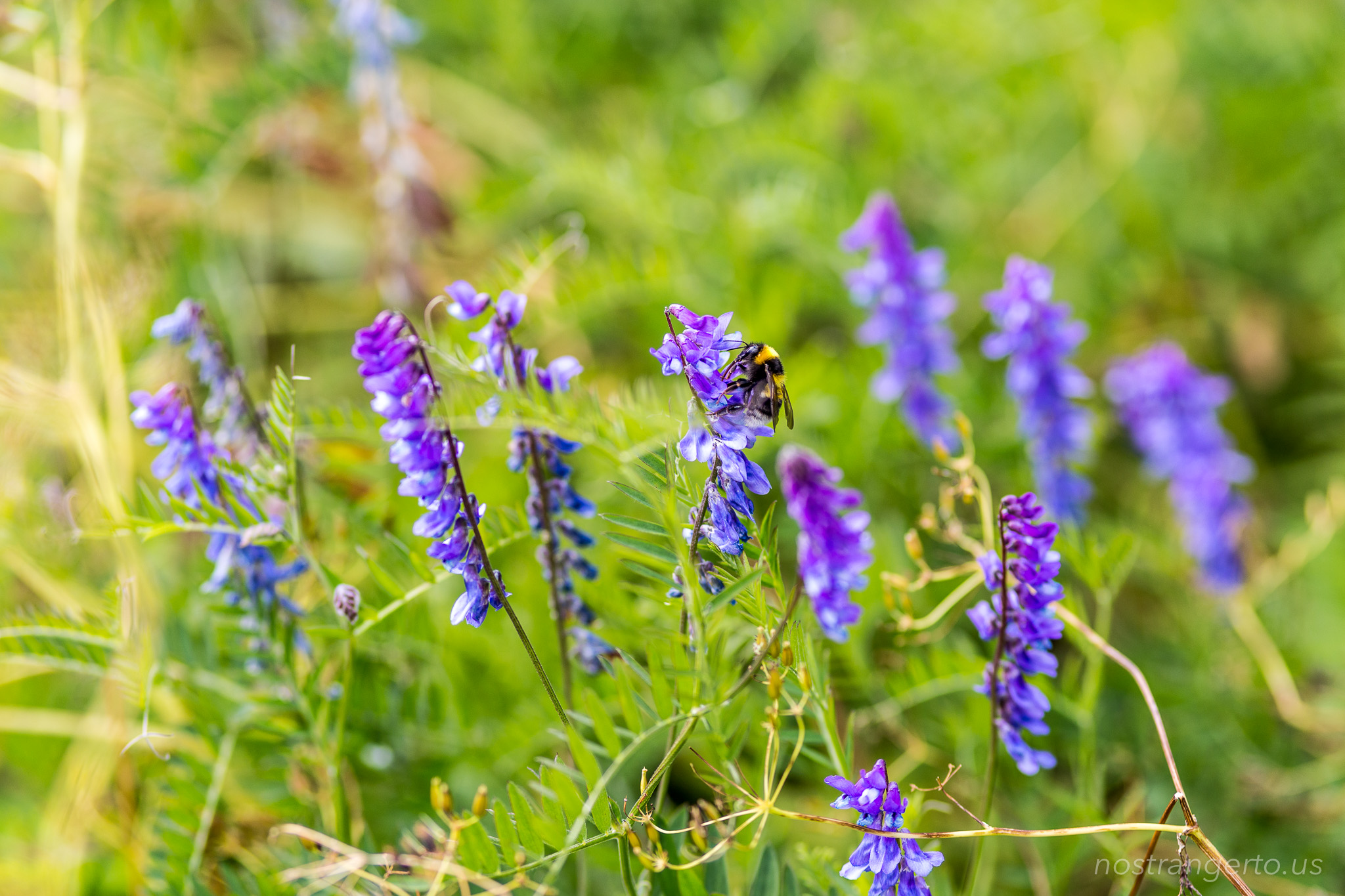 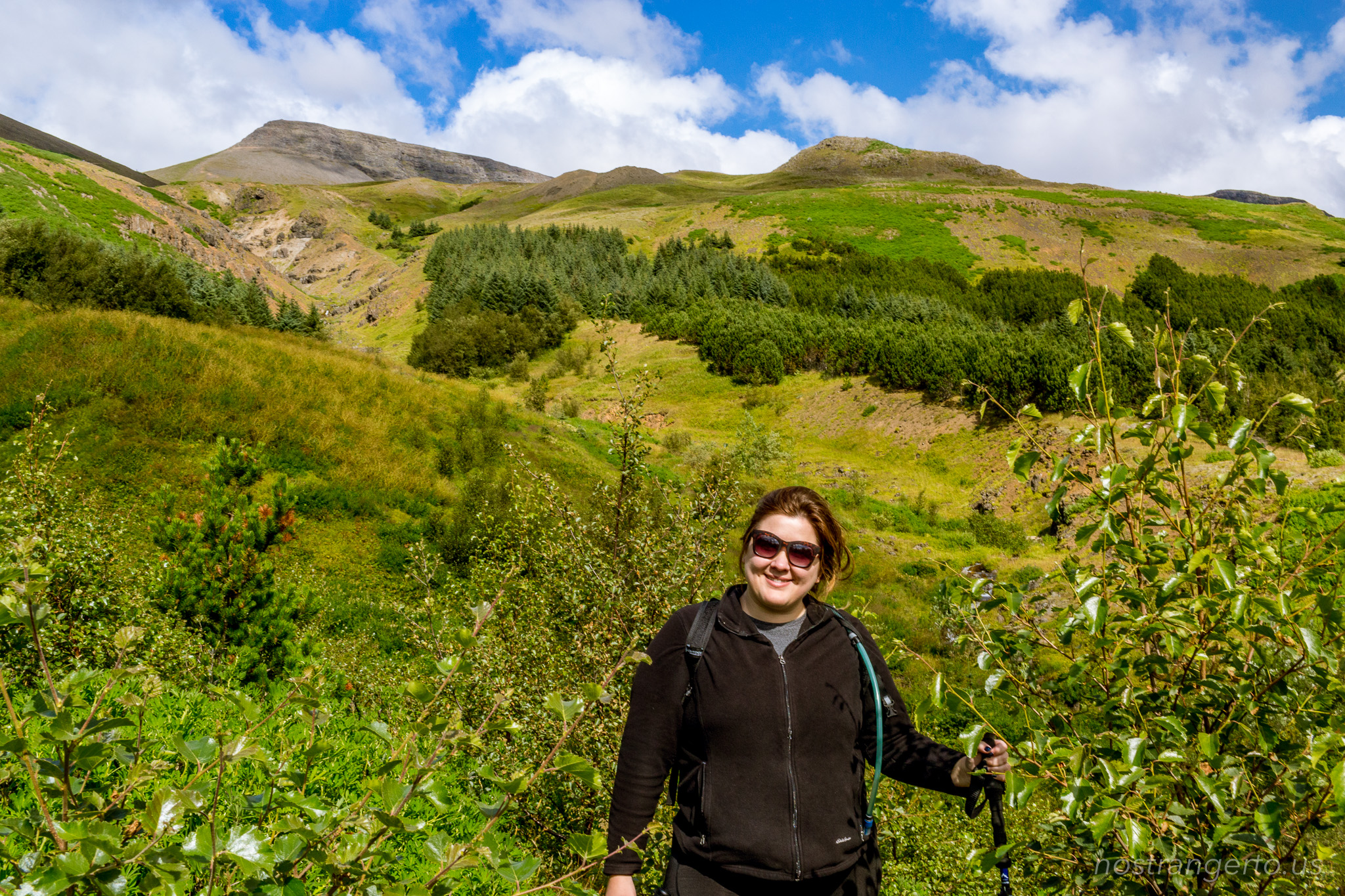 After the long hike we took pleasure in the public heated pools that Iceland has to offer because our legs were burning. These public pools are visited daily by locals as a way to wind down and soothe their bodies.  They were fantastic, but we didn’t take our camera in with us.

Day three of our trip was very active and very wet! We woke up early grabbed an artisanal coffee from Reykjavik Roasters and hit the road determined to see the beautiful Skógafoss, Seljalandsfoss, and Bruarfoss waterfalls. 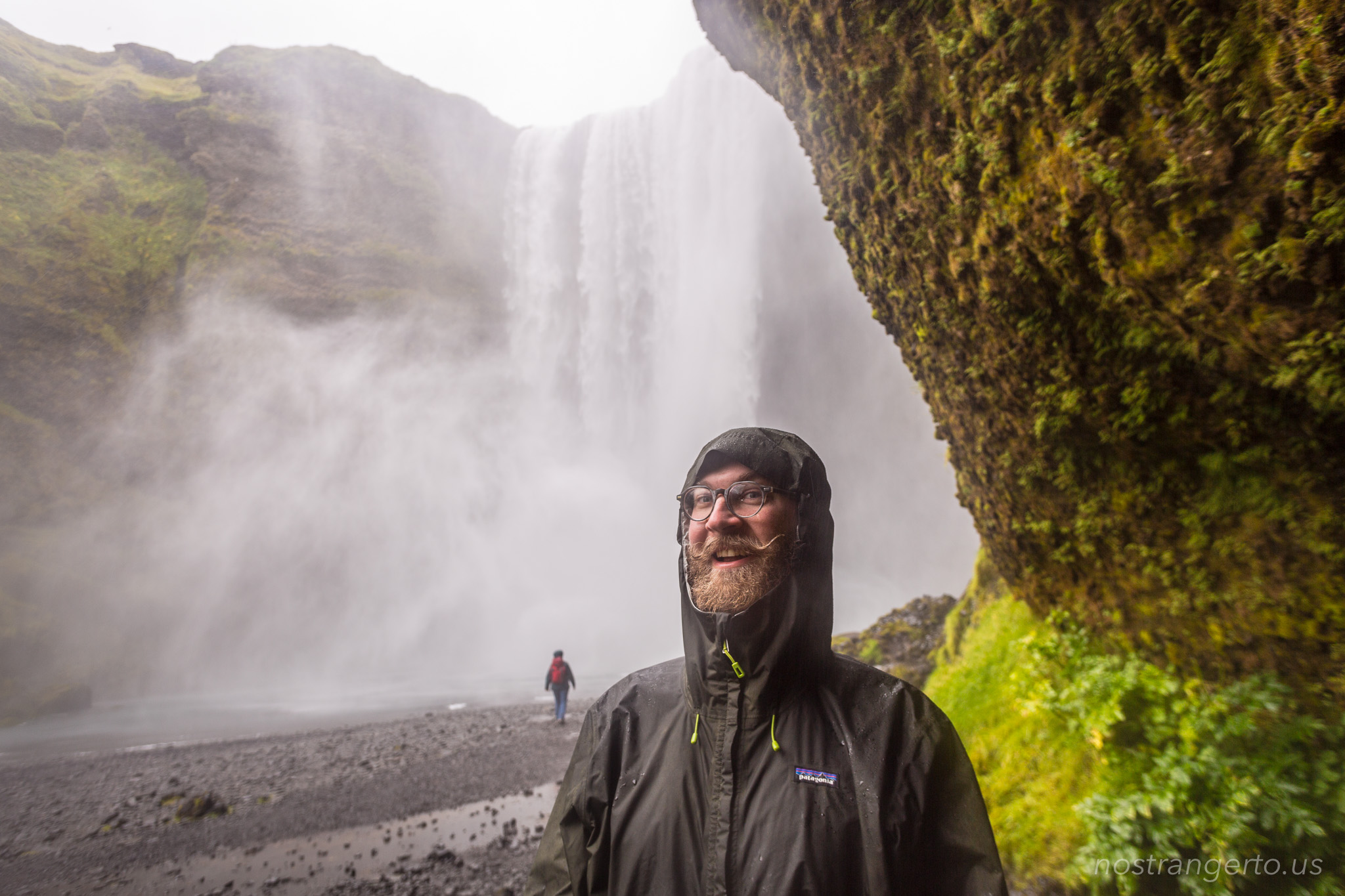 Skógafoss is massive, and we found that the best views to capture of it were from far away with a long lens or with a drone! Once we tried to walk close to it we had to zip up our rain jackets to keep from being soaked just from the spray. 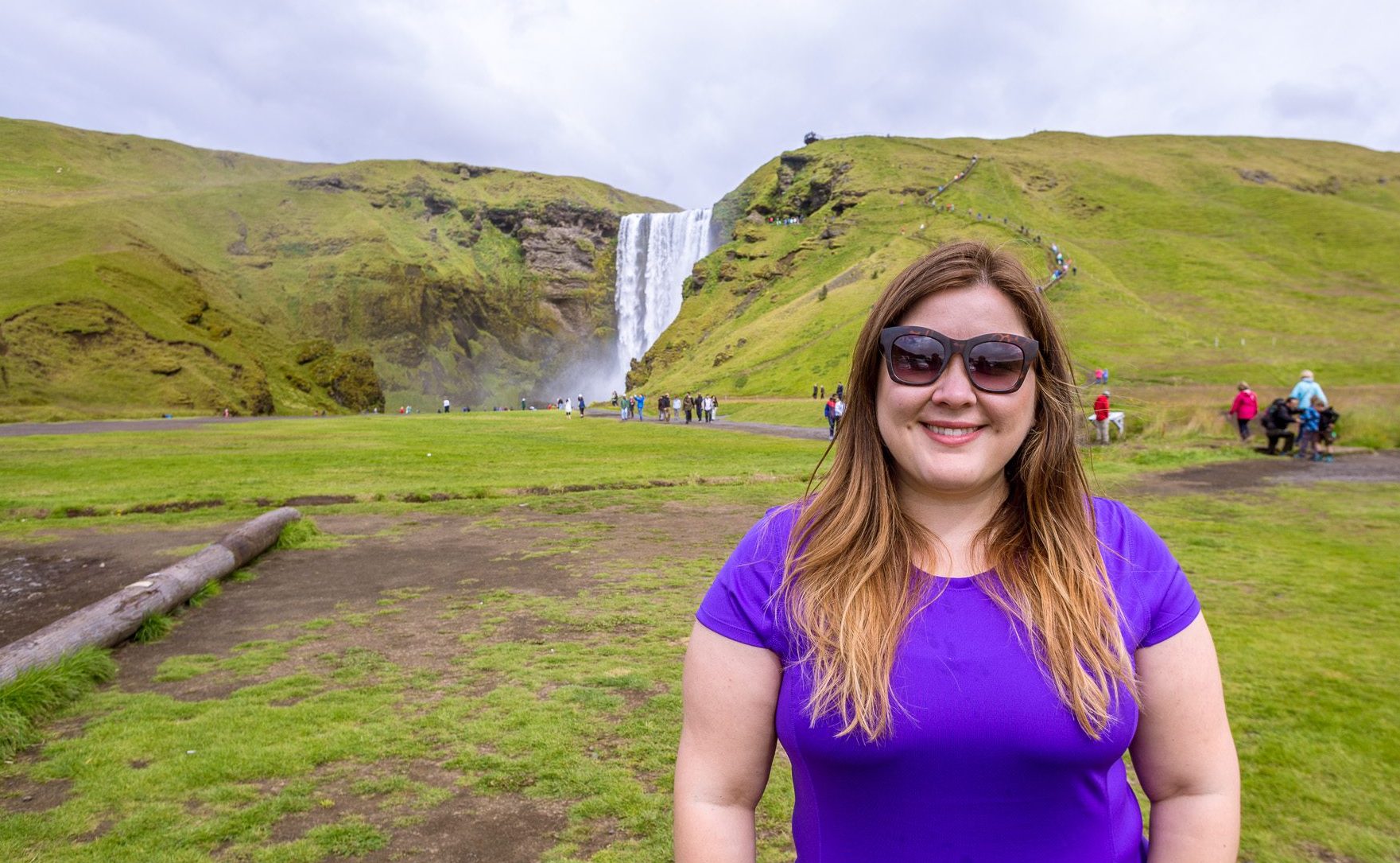 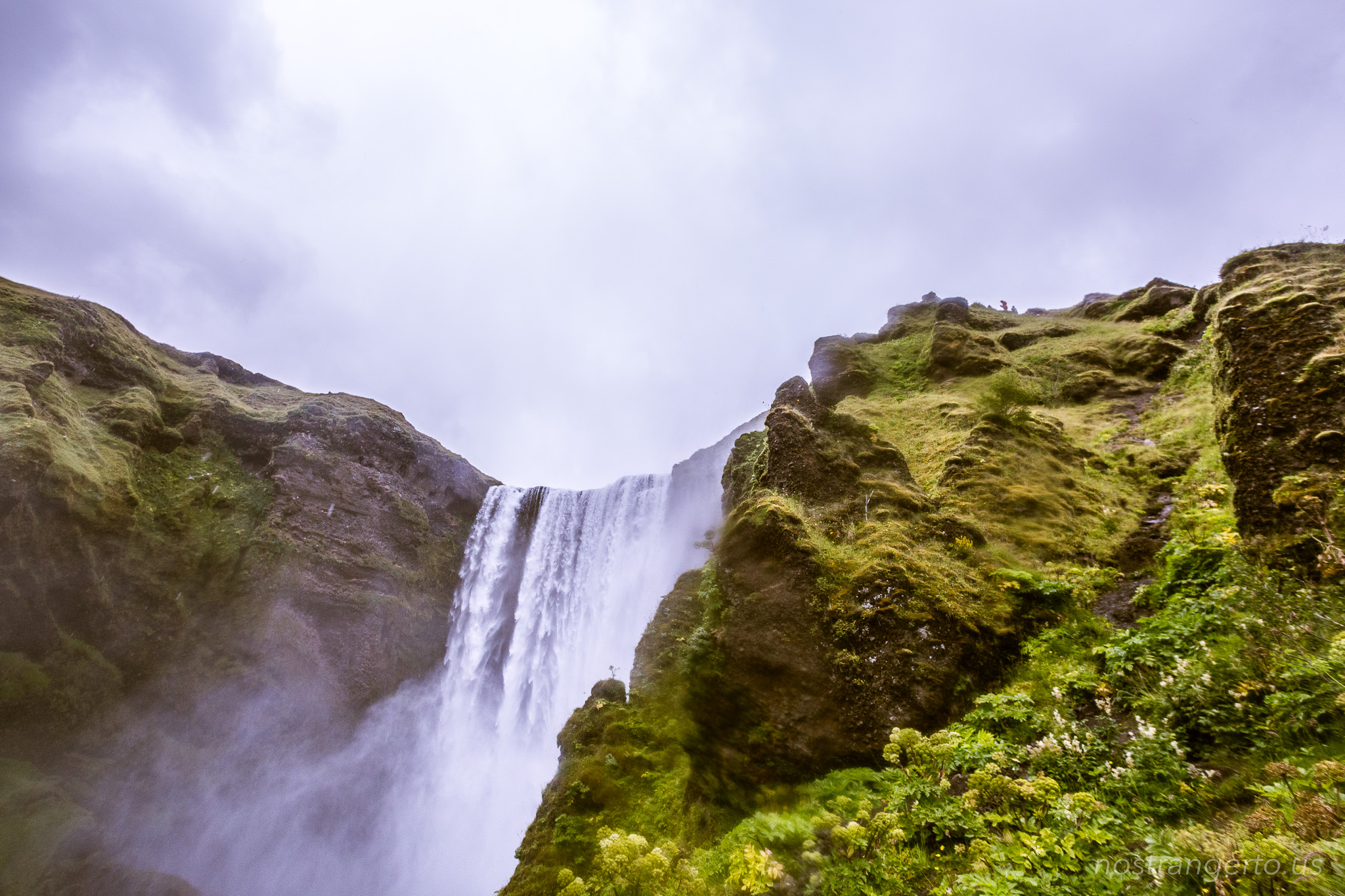 Seljalandsfoss is a waterfall out of a fairytale. One of it’s special features is that you can walk inside of an open air cave to view it from behind. We took the opportunity to shoot drone footage of both Skógafoss and Seljalandsfoss waterfalls. 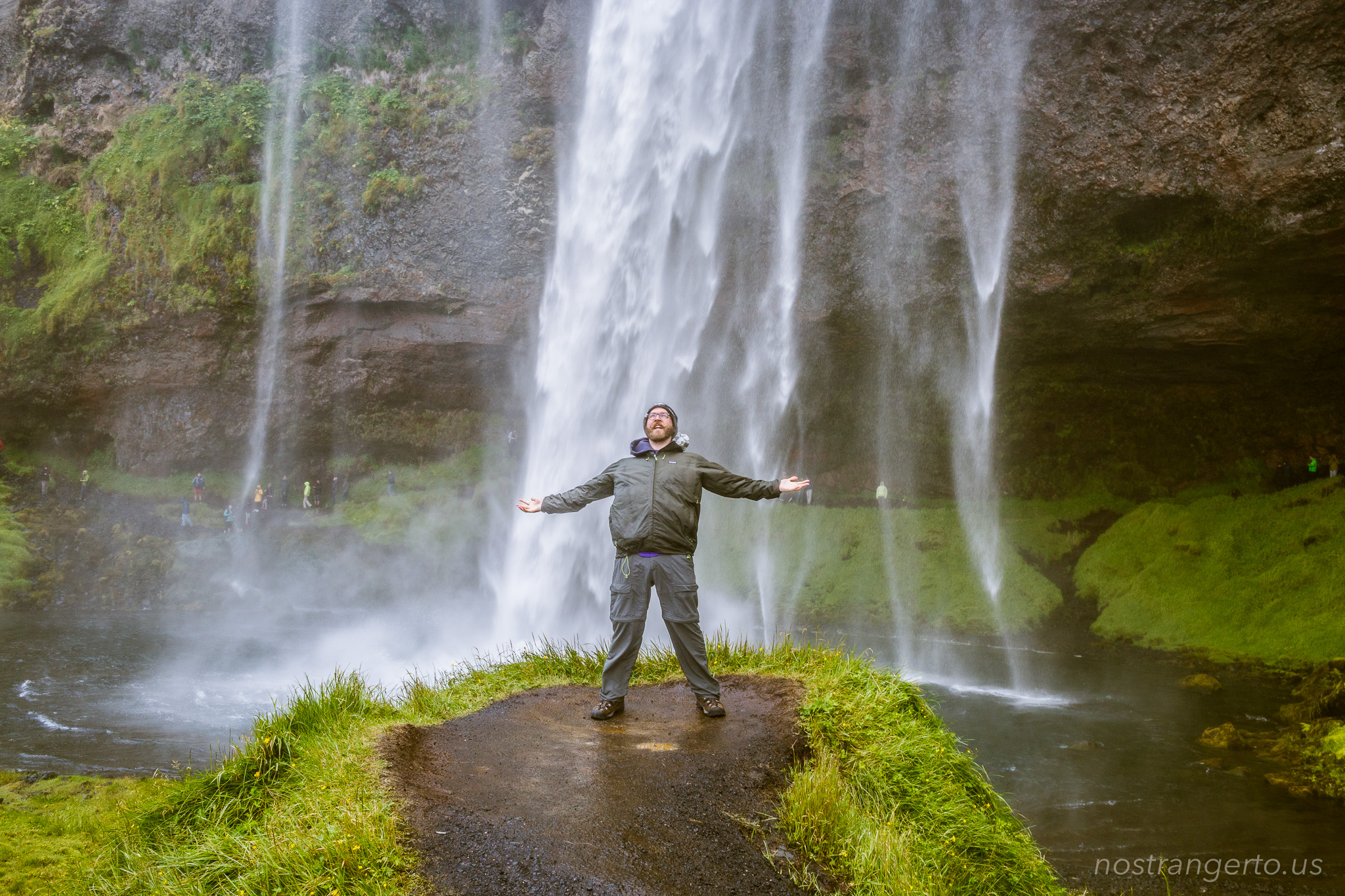 Cooper and I spent a good two hours trying to find the hidden Bruarfoss waterfall. He was surprised that I was so adventurous that day. As we stomped through overgrown grass creating our own desire path we heard the faint sound of rushing water. We came upon a small bridge and then our jaws fell open when we saw this crystal clear blue colored water flowing from a small but spectacular waterfall seemingly in the middle of nowhere. 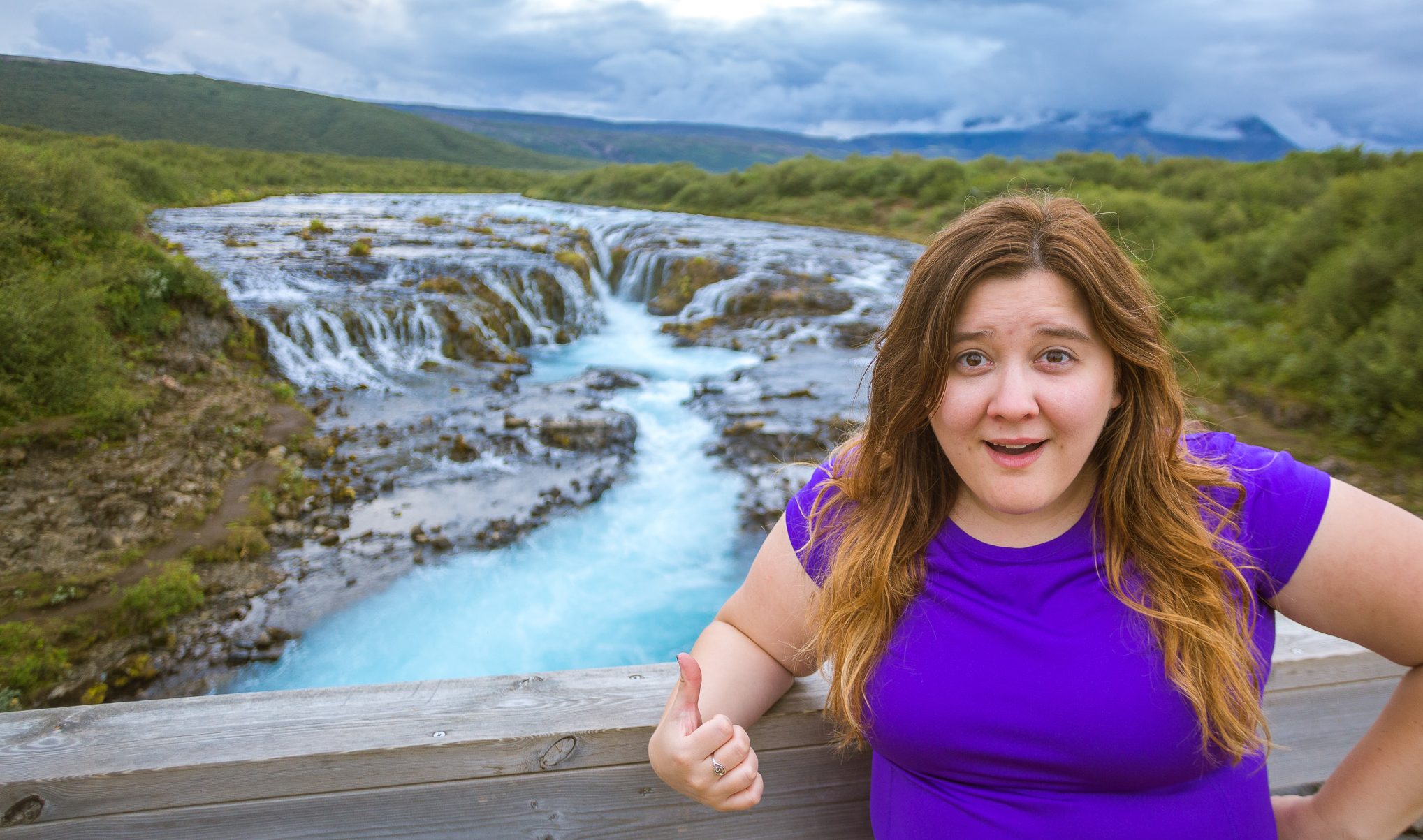 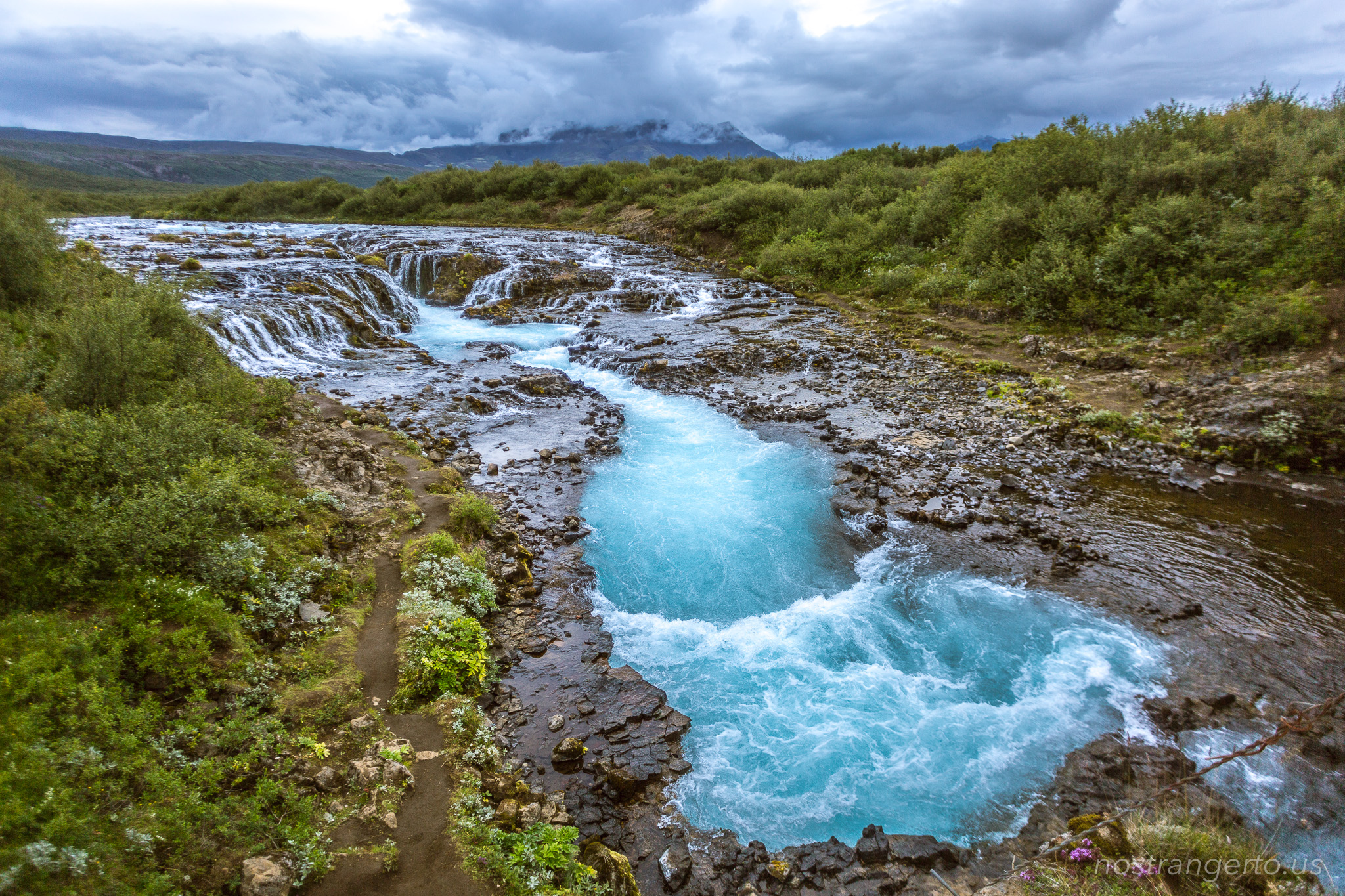 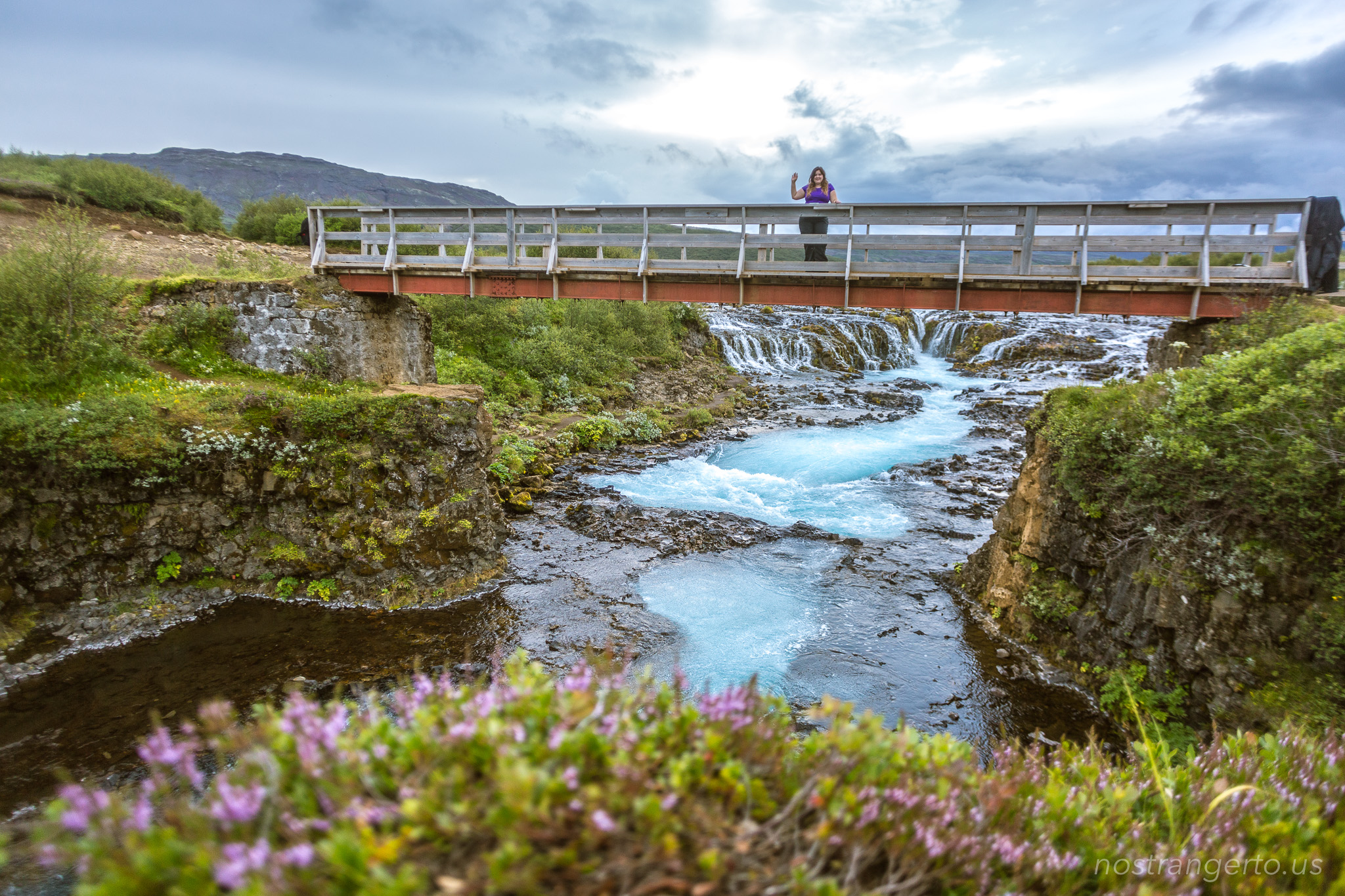 “I lift my mind to the sky, and I let it take flight. The wind carries to my ears, precious sound of life. Soon I break all ties which bind me to this earth, and all that surrounds me seems to melt into blue eternal.” – Ásgeir Trausti Einarsson