Last Saturday we visited the Flatlands Reformed Church Cemetery which is the oldest church cemetery in Brooklyn.  It interns the remains of some of the first families in Brooklyn who lived here in the 17th century. I was surprised to learn that Juliette and I are related to some of the interned: The Hooglandts, the Newkirks, the Bergens, the Schnecks, the Rapaljes.  When they immigrated many of them were political and religious refugees of their homeland. Yet we tend to only think of them as settlers.

The Flatlands Reformed Church was established in 1654, and this greek revival style church building was built in 1848. The Dutch Reformed Church was formed in the Protestant Reformation, its first church (now called the Marble Collegiate Church) in the Americas was in New Amsterdam, now Manhattan. 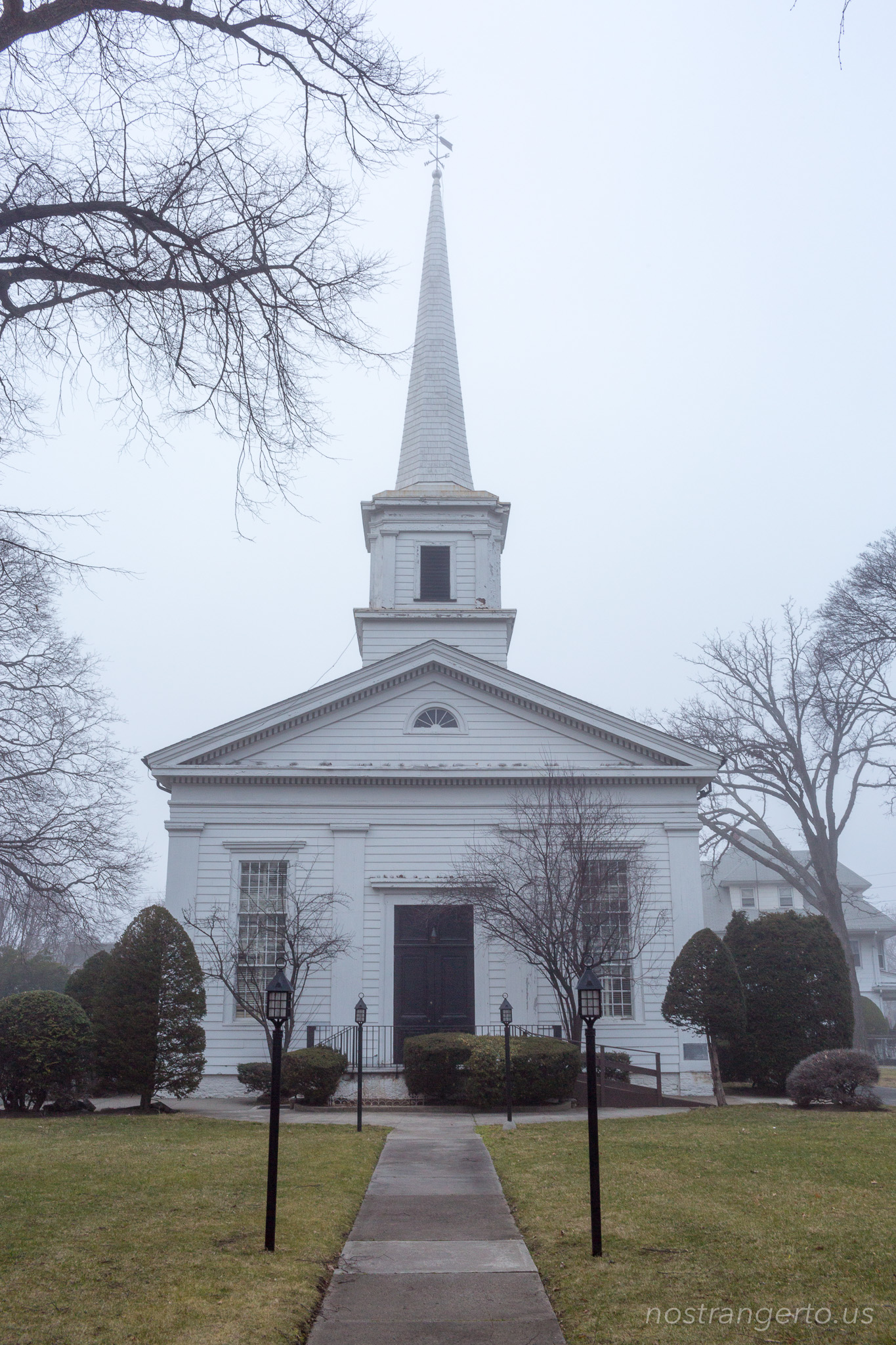 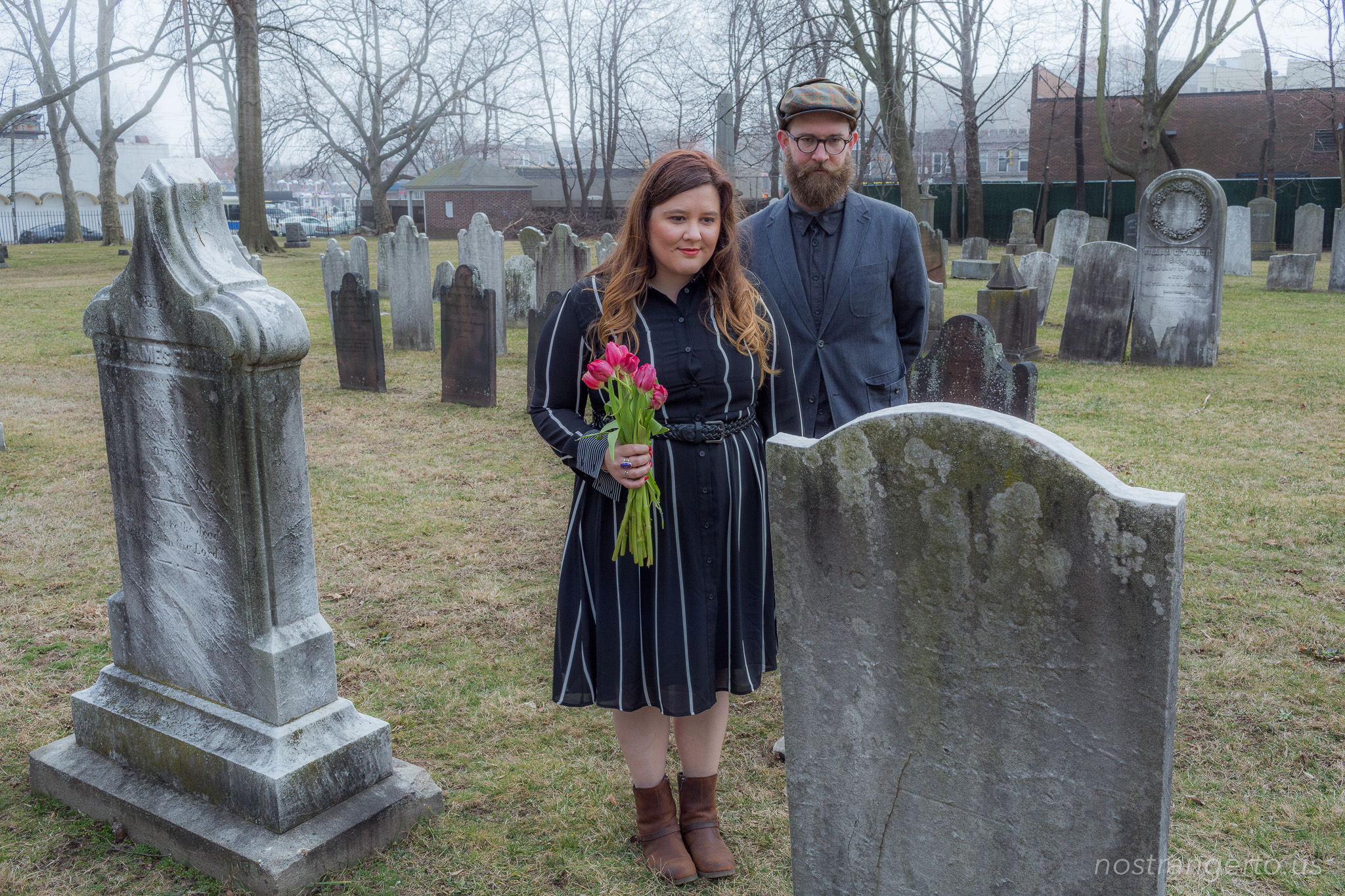 We brought tulips to the church cemetery since they are often associated with the Dutch.  While researching this post I discovered that the association has everything to do with a historical event called Tulip Mania.  It is the story of the first known economic bubbles, when the price of tulip bulbs became unsustainable in the Dutch market.  This occurred during the Dutch Golden Age (1568–1648) in 1636, this church was founded less than 20 years later. 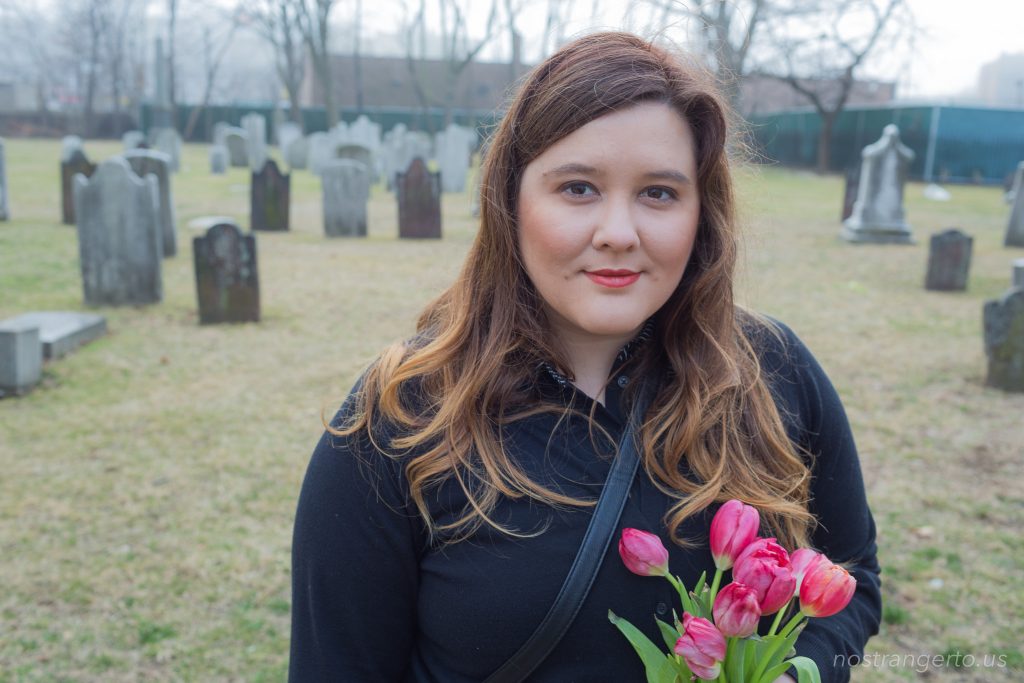 A spooky mist rolled through the graveyard while we were there. 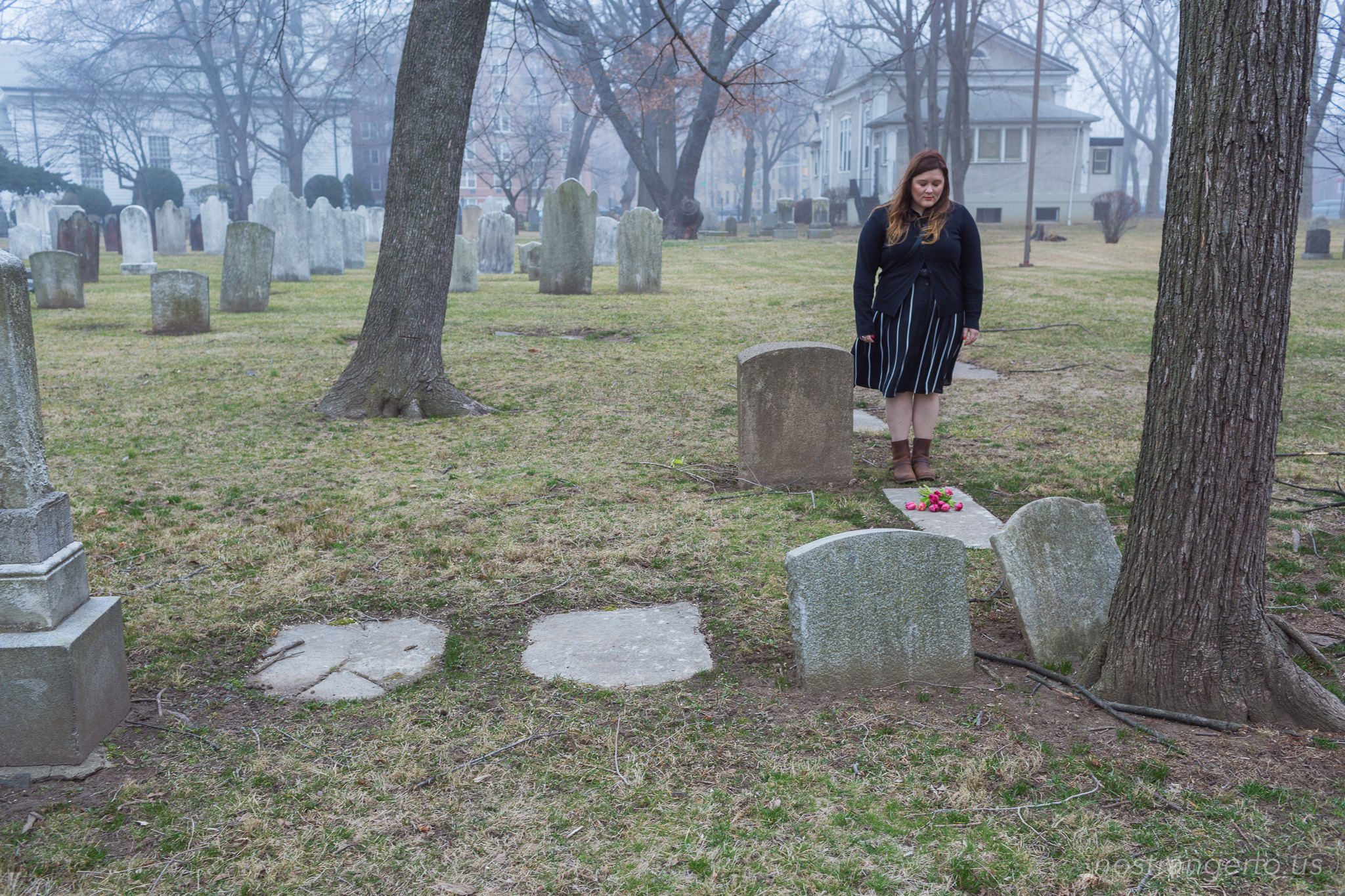 It is tragic when memorial sites are desecrated like those in a Jewish cemetery in Philadelphia this week. This kind of religious persecution is why so many Europeans came to the New World in the 17th century. America was for centuries the land of opportunity and freedom, now it is beginning to look like so many other failed states that no longer protect their most vulnerable citizens.

Having a claim to three centuries of ancestry in the United States does not give one the cultural claim to this country. Escaping oppression is often the burden of the oppressed, yet we also must all overcome the desire to become oppressors.

“Those who cannot remember the past are condemned to repeat it.” – George Santayana

History repeats itself regardless of our memory, often by those who studied it the hardest. They are the scratch in the record that we refuse to take off the turntable.  It’s time to make new music.