It’s 21 degrees outside and after bundling up Cooper and I brave the still undiscovered back streets of Bushwick. What are we in search of you might ask? Pizza, burgers, donuts and yes grilled cheese sandwiches made expertly with Vegan cheese!  Welcome to the vegan shopping extravaganza at the Vegan Shop Up. 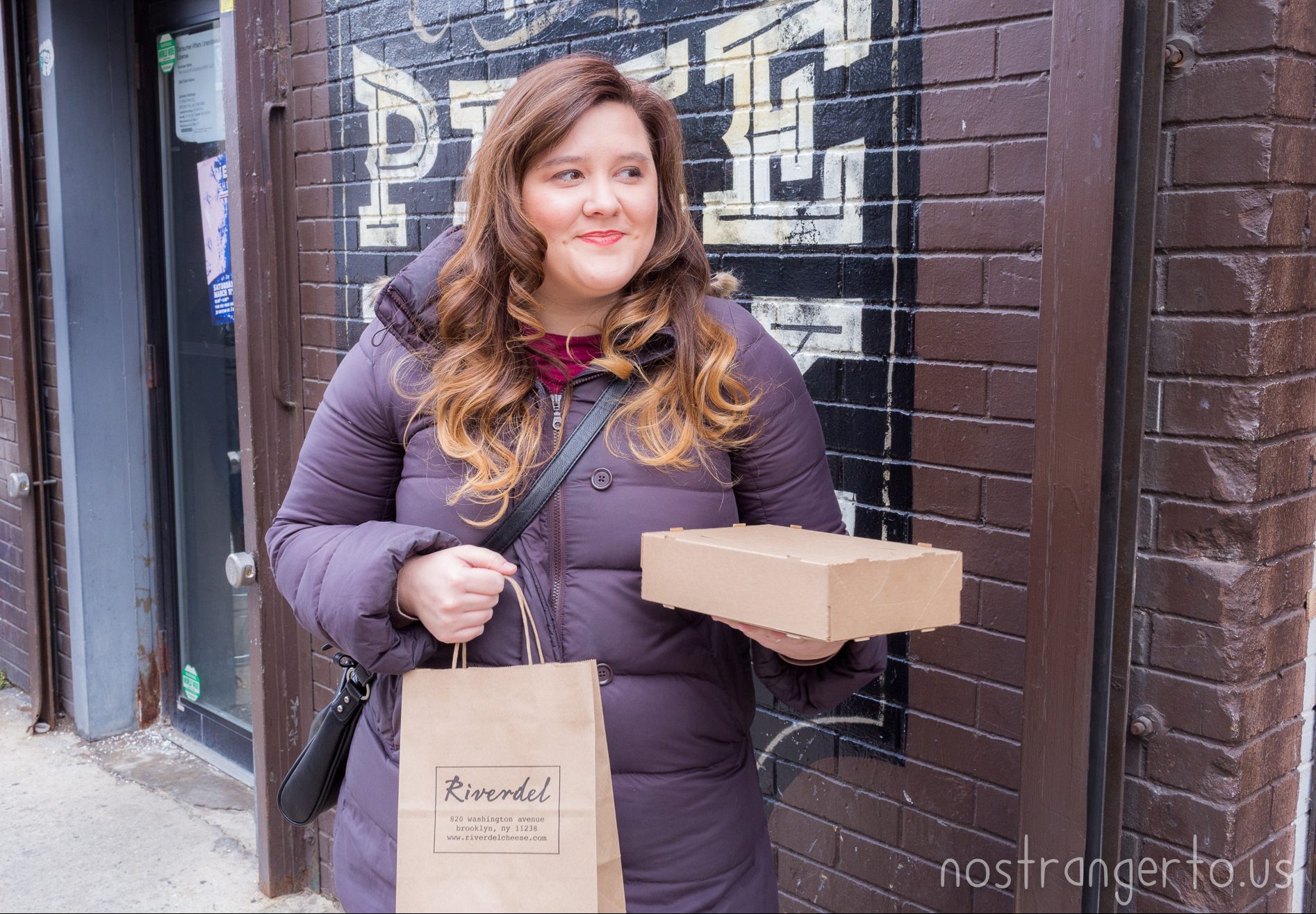 Vegan Shop Up has partnered with Pine Box Rock Shop many times and you can keep tabs on when the next event will be held by following their updates here. This was the first time we had attended the event and when we arrived just about 30 minutes after the start time the place was packed.  There were so many bodies you could really empathize with livestock! 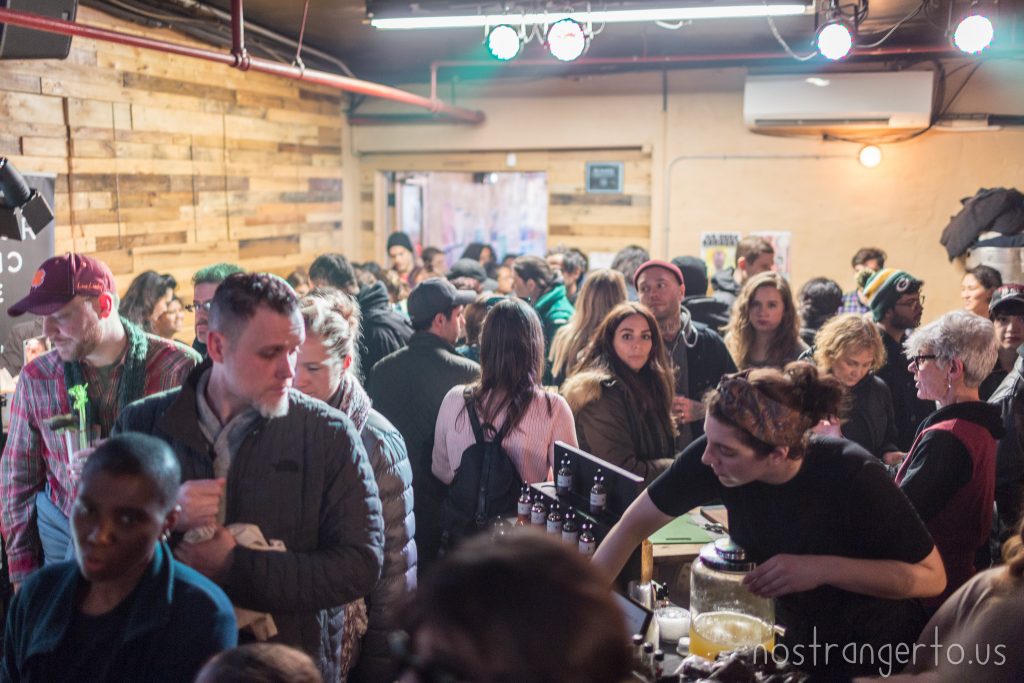 I immediately found the Screamer’s Pizzeria stall and quickly ordered a white pizza. The pizza is made with almond ricotta vegan cheese, oregano and oil drizzle. The dough of the pizza was perfect. It was salty, garlic-y and soft and crispy. The cheese was so creamy and at $5 a slice I was very easily sold. 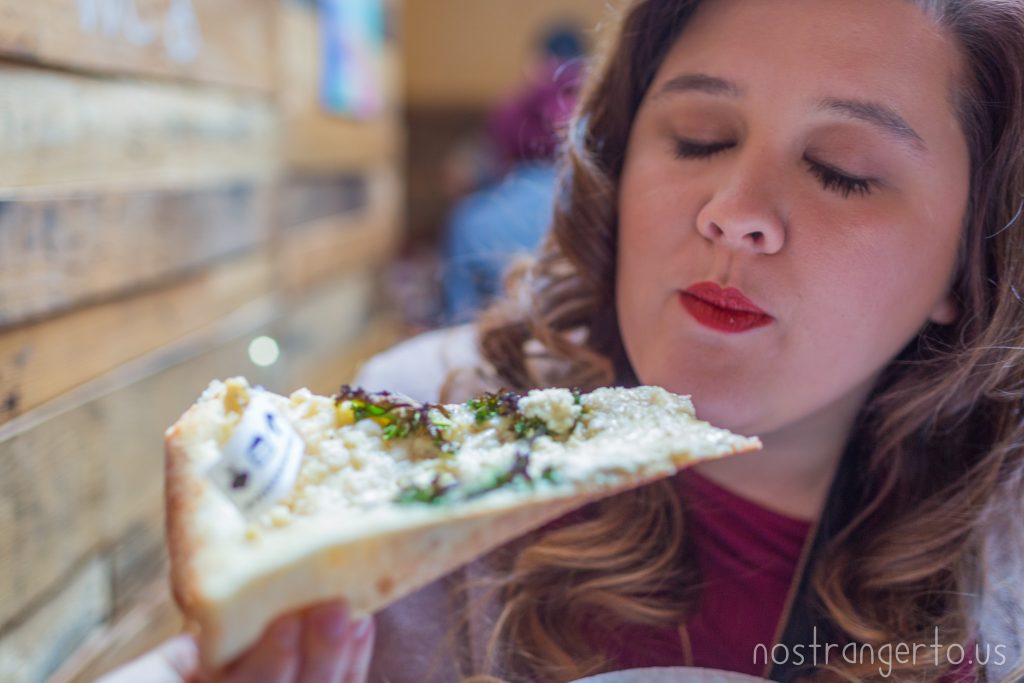 Cooper spotted our local vegan cheese shop Riverdel Cheese and the hearty looking grilled Havarti cheese sandwiches. The sandwich is made with vegan havarti cheese, pickles, and dijonaise on a thick country bread 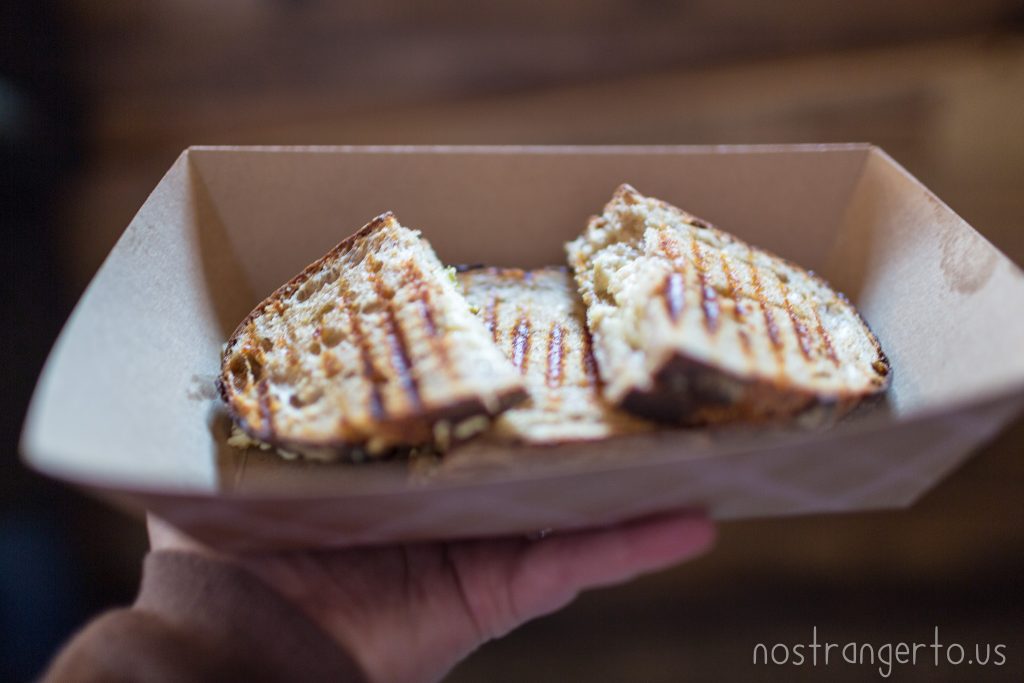 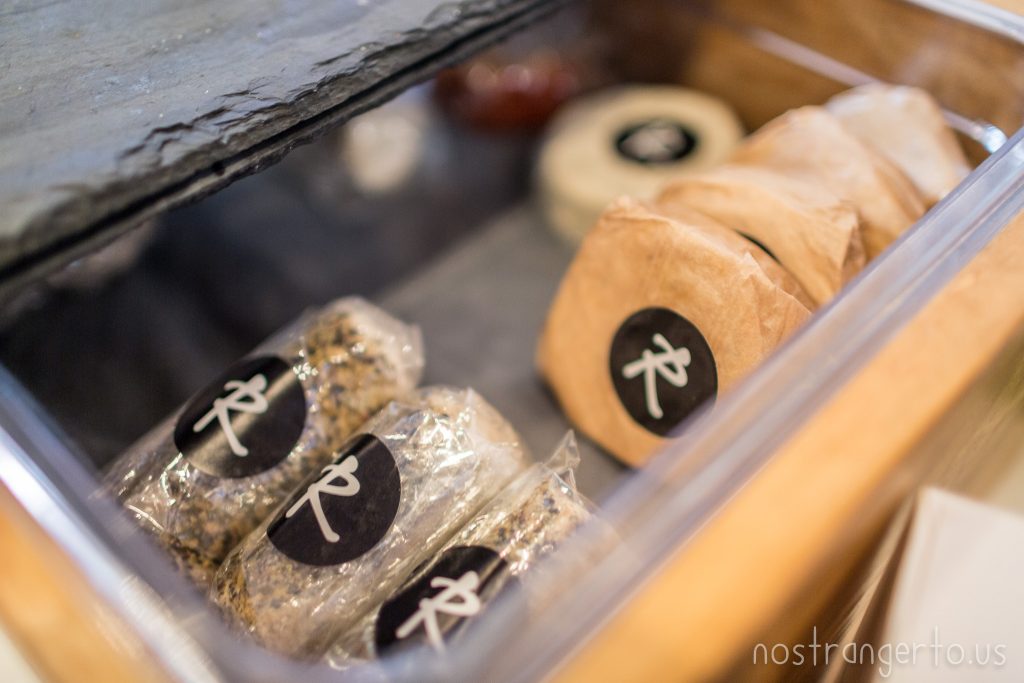 The line for Peaceful Provisions doughnuts snaked through the whole space. You could hear ravenous vegans asking, “Is this seriously the line for the donuts?!” over and over again. The popularity peaked our interest so we begrudgingly joined the line and began making friends with others and chatted about all of the options while we waited for the sweet treats. 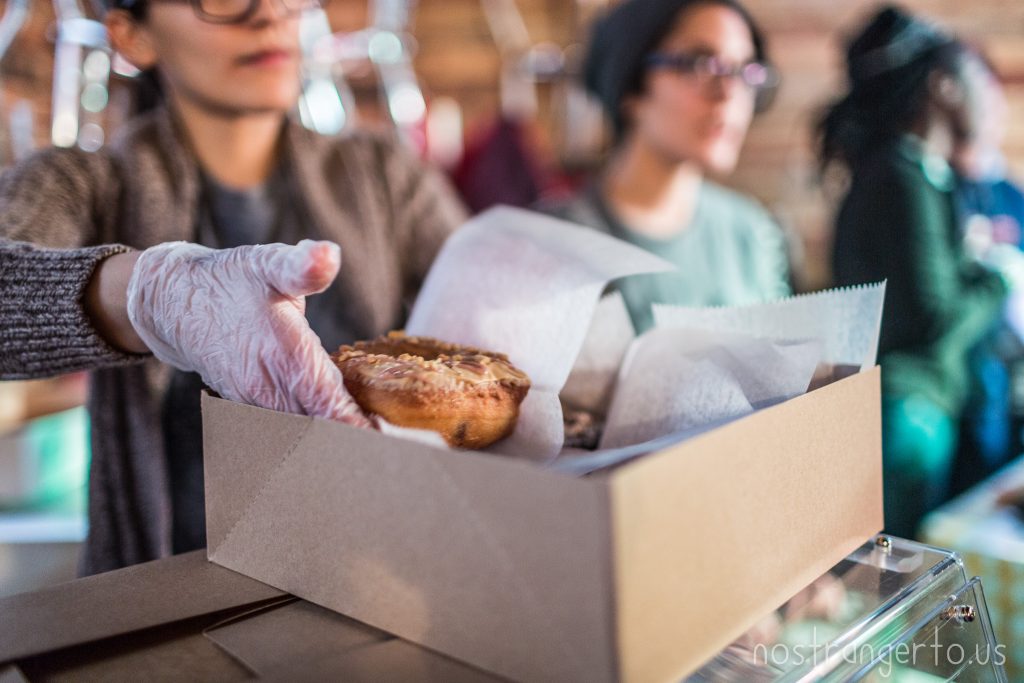 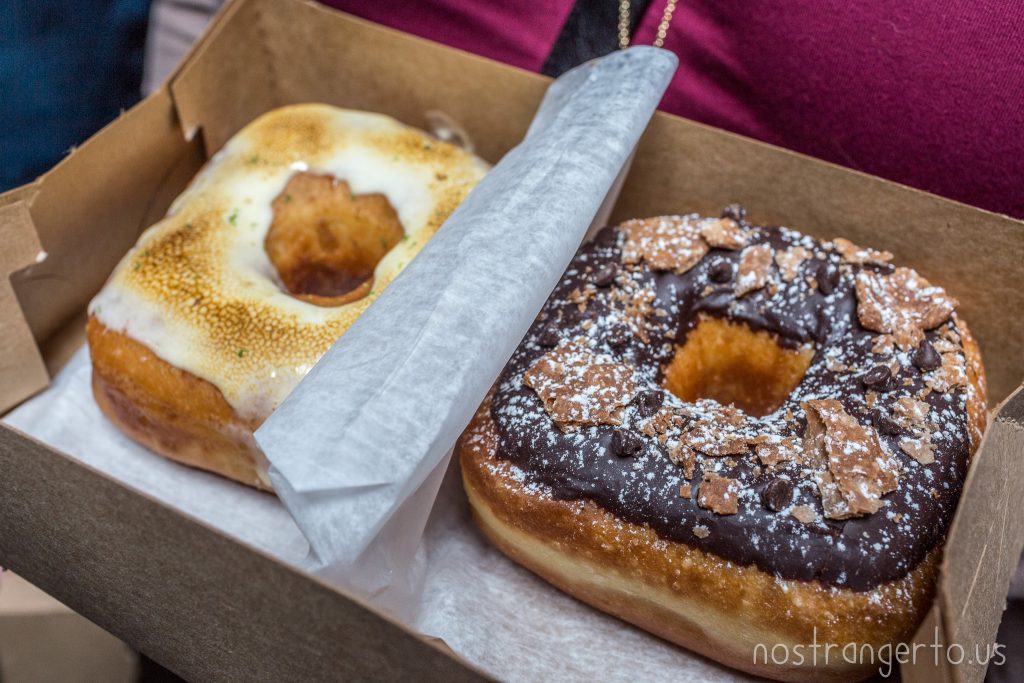 These beauties were absolutely worth the wait. 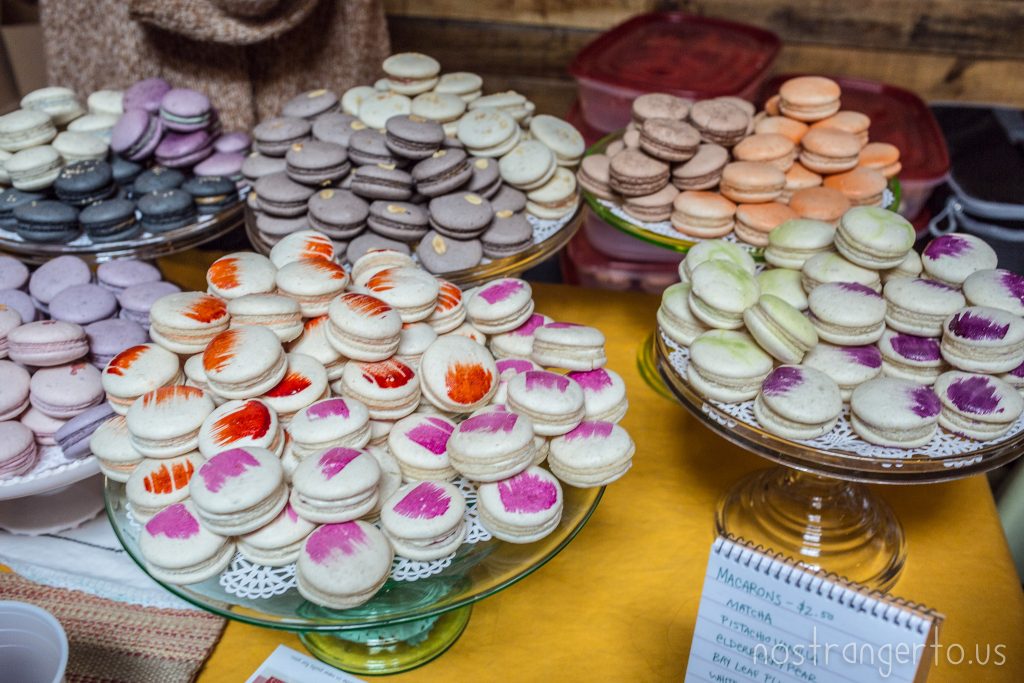 We just had to share a picture of these gorgeous macaroons from Sweet Maresas, even though we didn’t try any.