It’s that time, again, when I realize I’ve beaten up my eye glasses and start thinking about getting a new pair. The real impetus for change last time was Juliette. She really wanted me to replace my safety eye glasses since she didn’t care for the way that they covered my eyes.  Her qualm was understandable since I use my eyes to emote and otherwise non-verbally communicate. 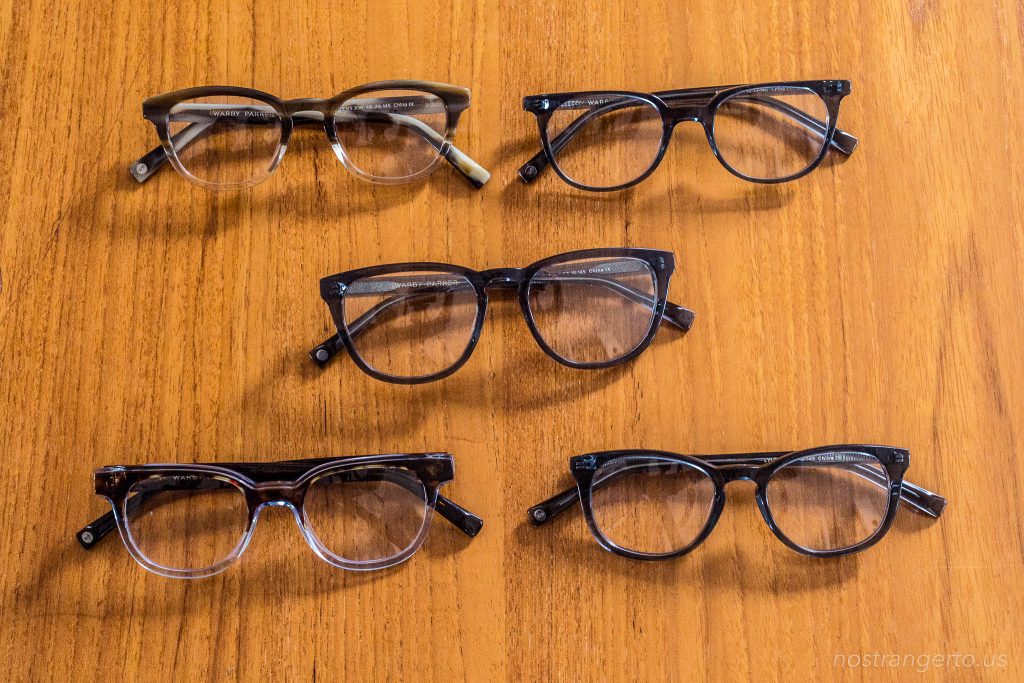 The last time I was in this predicament I spent 2 hours in a Warby Parker store obsessively trying on hundreds.  I shared the top 4 picks to my social network with great success. Folks love when you ask their opinion, especially when given a finite set of choices.  So I’m looking for feedback again.  Interested?

My Myopic Transition into Adulthood

Eye glasses serve a dual purpose of bringing the outside world into sharp focus while also distancing the wearer from the world.  Spectacles are made to see the spectacle; making it clear to everyone around you that they are being observed.  At a certain point that aloofness of the nerd-set became a desirable thing that even the sighted began to desire.

I first fetishized glasses when I was about eleven years old, I would wear sunglasses all the time, even inside.  My 6th grade science teacher once called a security guard to force me to remove them; I was a rebel without a cause.  I was going through puberty and all of the patriarchs in my family, two grandfathers and my dad, wore them.  So it was not a stretch of the imagination to say that I may have associated wearing glasses with being male.  Around the same time my vision actually changed from 20/20 to much worse in under two years so testosterone and myopia in my family might be connected.  My optometrist blamed the hours of staring at a CRT monitor after school, the nerdy pursuit of computing caused my near-sightedness.

There are 7 glasses numbered on the bottom of the gif below, two of which are pairs that I own as a scientific control.  The safety glasses are obvious, but the other pair is also Warby Parker.