This weekend we extended our Valentines celebration into March by visiting the Raaka Virgin Chocolate Company. We took a tour of the space, were educated on their bean to bar journey and then we were able to make our own bespoke chocolate bars. While on our tour we learned about the whole bean to bar organic vegan chocolate process.

The tour explained how Raaka cacao is gathered from plots of land in a forest in a technic referred to as agroforestry.  We watched a video that showed the harvesting, fermenting and drying process. Raaka sources most of their beans from the Dominican Republic and Tanzania.

Our tour guide took us through one of the most important steps to getting to those seeds. Winnowing is a procedure that cracks open the cacao and separates the husk from the nib. We tasted them, and Juliette thought they were smoky and kind of pecan like. Cooper thought they had the after taste of Twizzlers! Raaka has built their own custom winnower, a combination of a standard juicer and shop vacuum that sucks up all the lighter husks. They also donate these discarded husks to schools or urban farms to be composted.

The next stage of the process takes 3 days. During that period the coco nibs are put in vats with large stone melangeurs that are constantly spinning and grinding. Each day the nibs break down in the next vat and release cocoa butter, gradually mixing and creating a smooth consistency. We tasted a sample of chocolate that was just in it’s second day of chocolate emulsion: it was sweetened with coconut sugar but very gritty and crunchy. Not quite ready to be tempered. It’s the third day that the large milling machine is used to really reduce those grainy, crunchy particles that we were tasting and to give the chocolate it’s silky texture. Finally, the chocolate is transferred to the tempering machine where it is cooled to 85ºF then warmed back up to 130ºF back and forth to form molecular crystals.

We had a blast choosing additional ingredients to add to our bars before they went into the cold storage. There were coconuts flakes, dried bananas and peaches, and pine nuts and candied ginger. While we were waiting for the chocolate to cool we got a chance to taste five different chocolates.  There was one with pink salt, one with coconut milk, and Cooper’s favorite had ghost peppers! 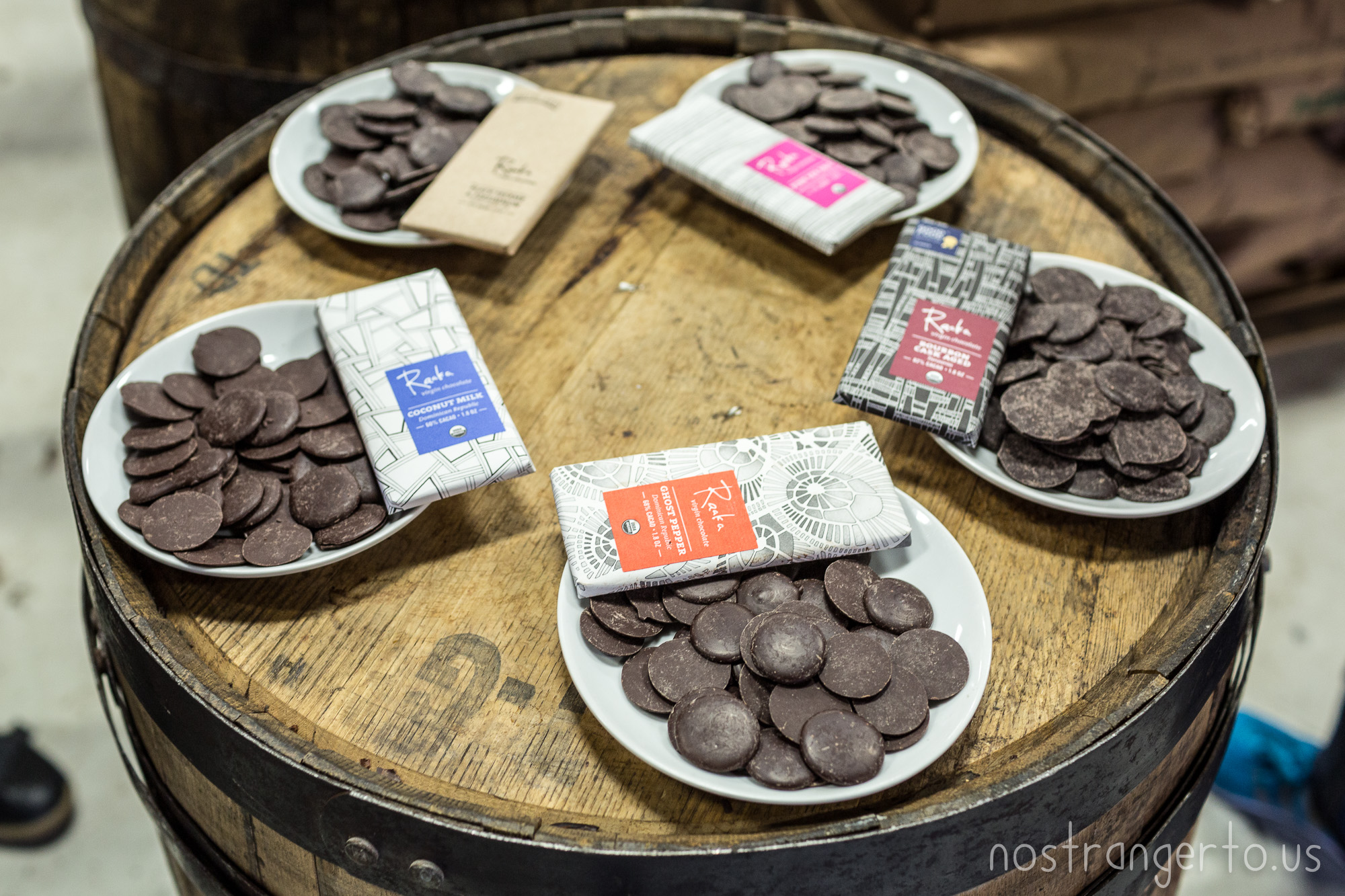 We had a great time making and tasting their vegan chocolate! 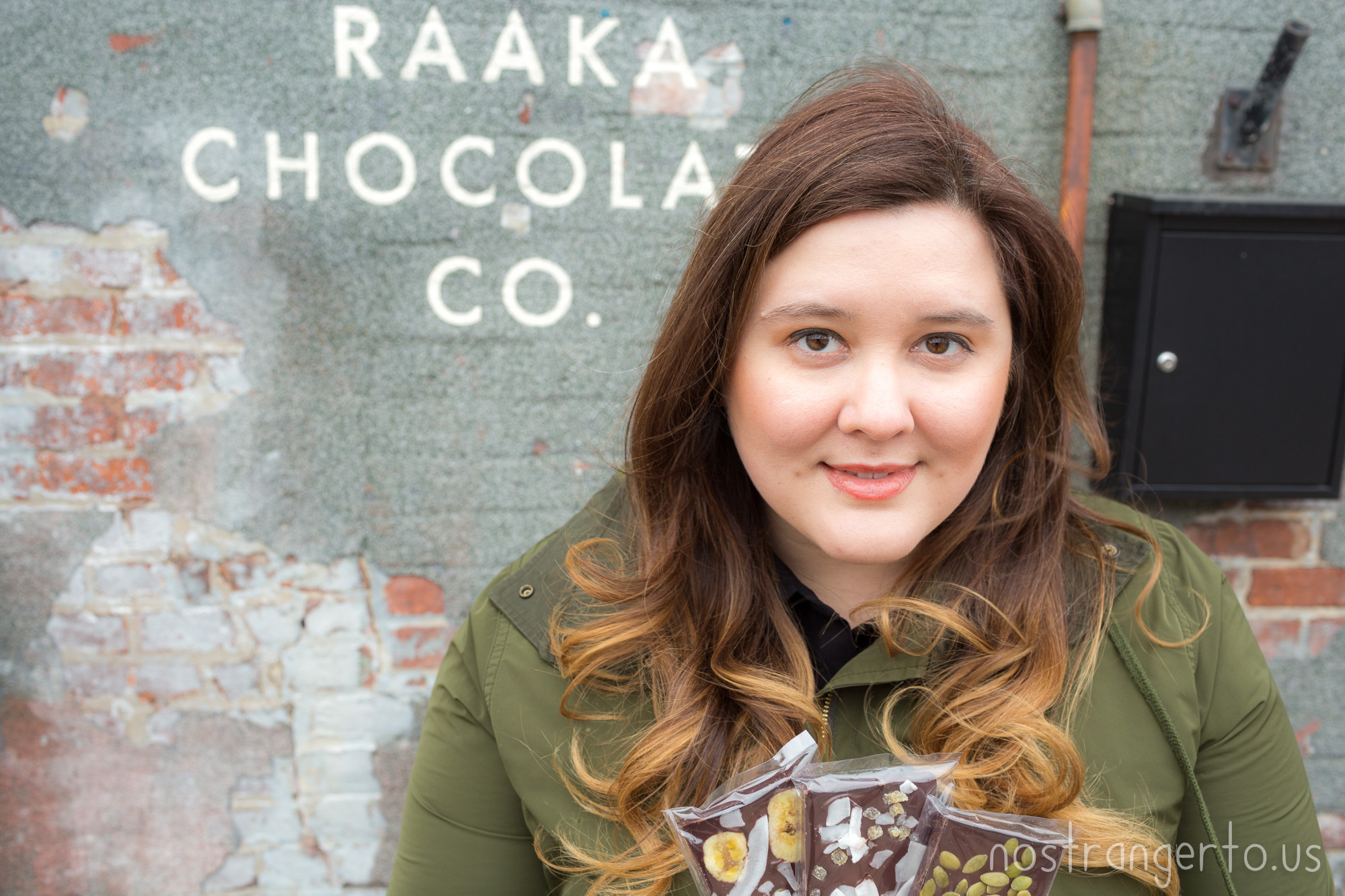