Sunshine, clear skies and the constant feeling of being short of breath; ah, Colorado in the spring. While visiting and catching up with our friends in Denver Colorado we drove down open roads framed with breathtaking mountain views. Our four day trip in Colorado was cram-jammed with activity. Here is a re-cap of some of our favorite things.

Garden of the Gods – Colorado Beauties

On our first day in Denver we decided to drive about an hour south of the city to Colorado Springs to see the Garden of the Gods red rock formations. The highway turned into a winding two lane road between giant red rocks.

The rock formations towered over us and we had a pleasant hike through the grounds. We saw rock climbers precariously scale the sides of the gods and about dozen deer just grazing under a tree.

We then steered the car toward Seven Falls and along the way saw some whimsical kinetic wind sculptures on a private property we later found out were built by Starr Kempf. He was a beautiful soul that met a tragic end. 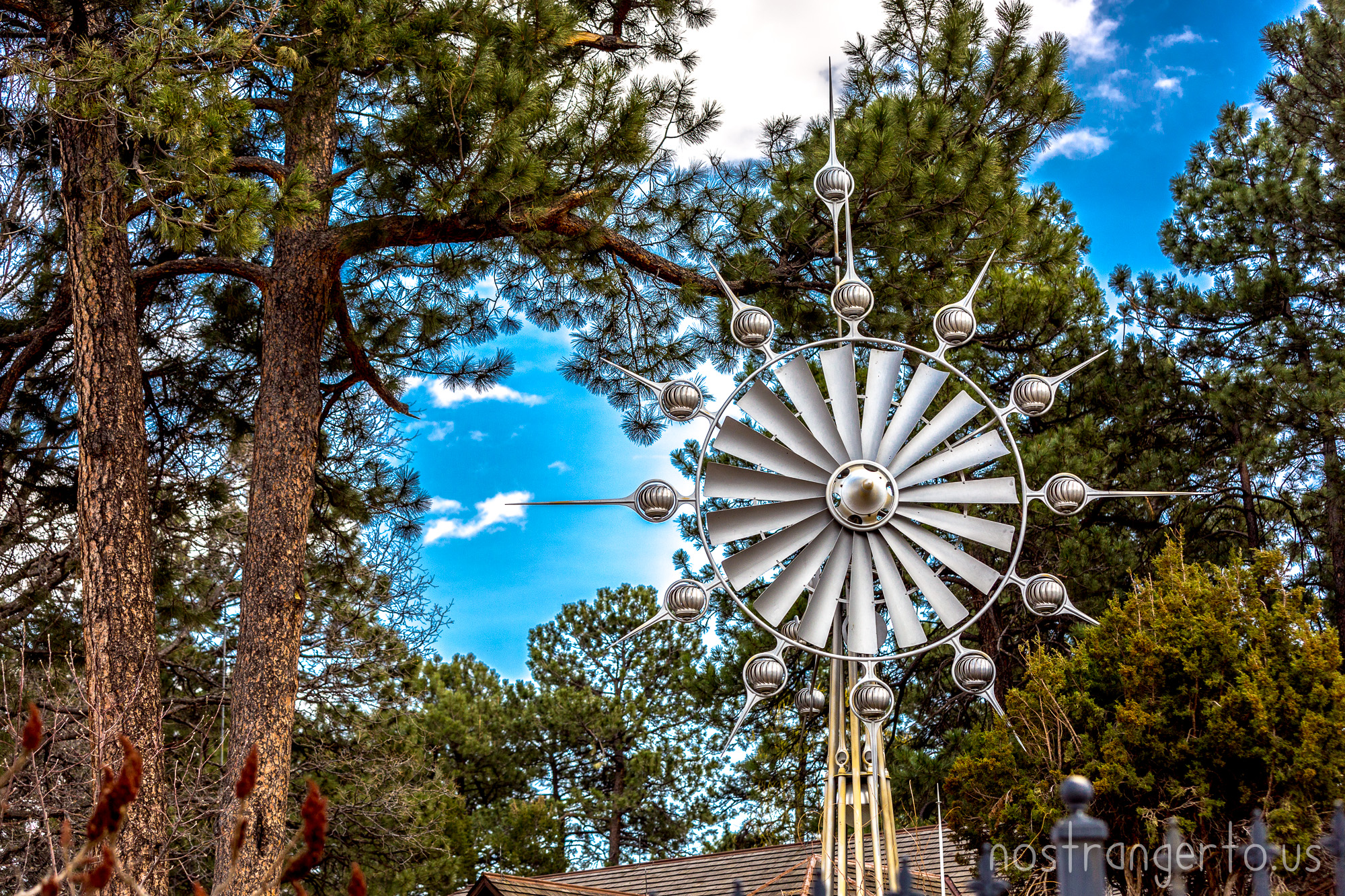 Once we reached Seven Falls we took a shuttle to a tram to get high into the mountains. Two hundred and twenty four steep stairs were our next challenge to get to the top of the waterfalls. 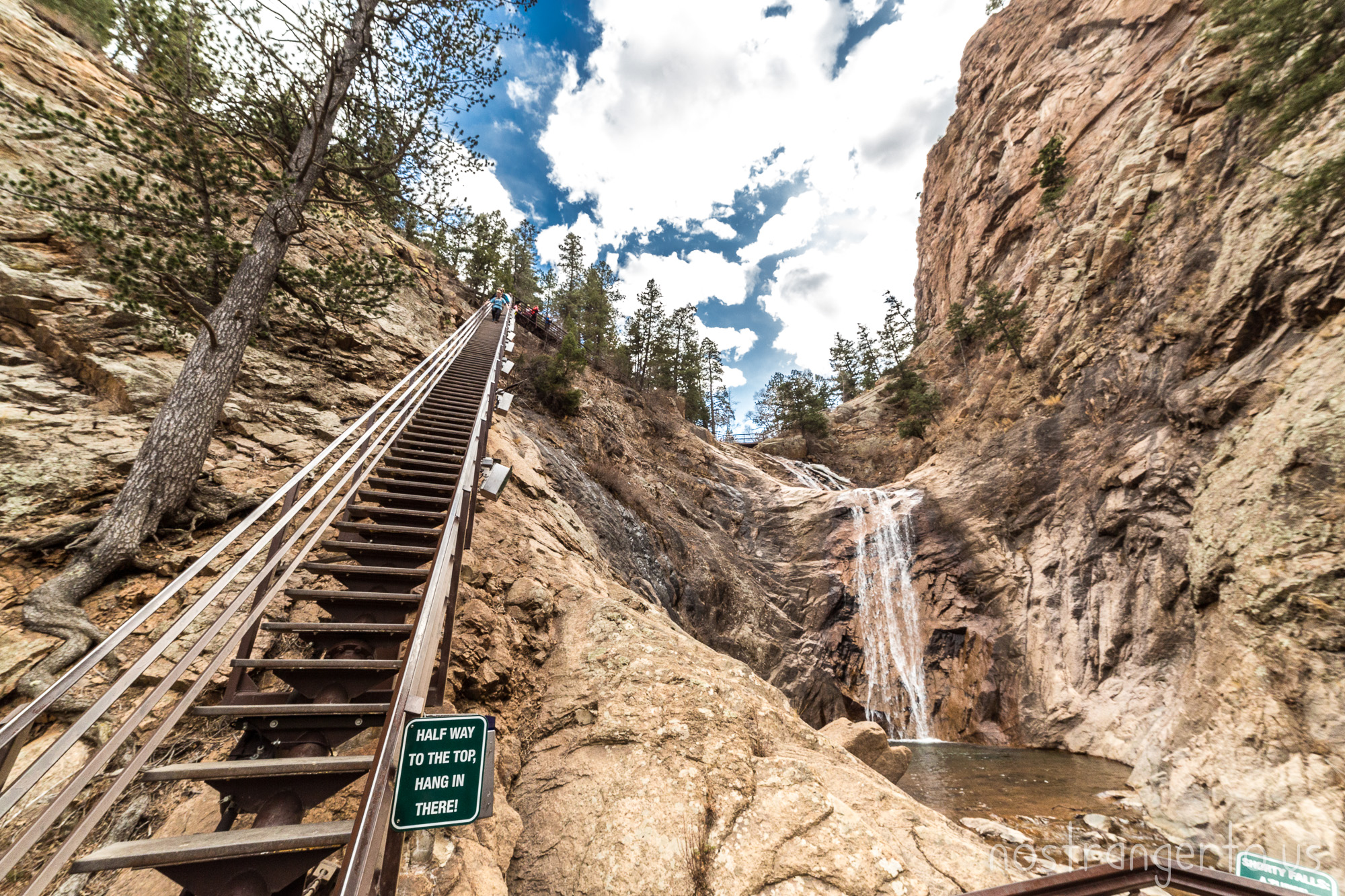 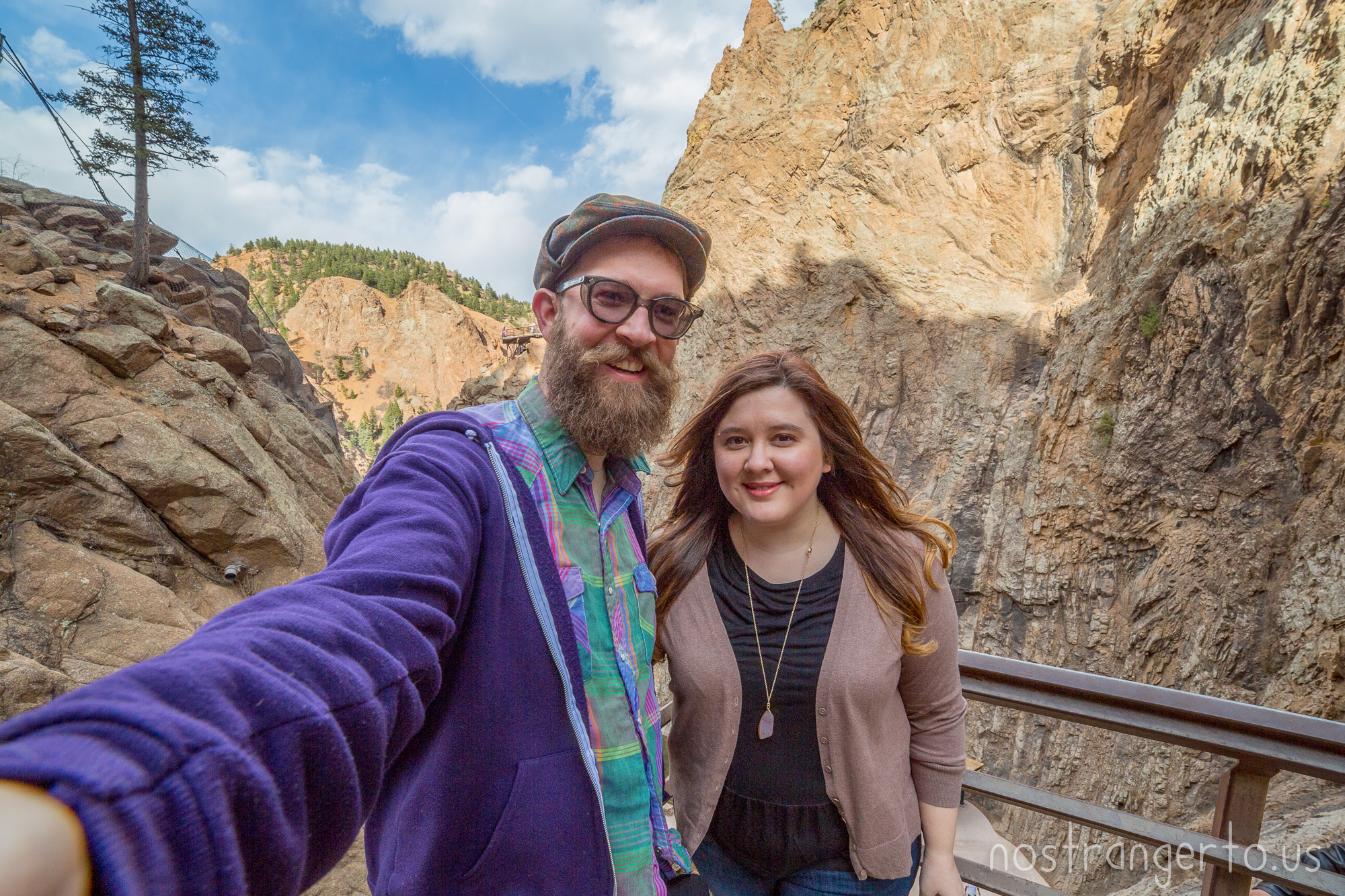 We almost collapsed on the way up, but the view was totally worth it!

On day two we explored Denver’s Washington Park and took a stroll around it’s beautiful lake. It was surreal being in the city but seeing those big rocky mountains in the distance.

After walking through the park we celebrated St. Patrick’s Day with a Black Velvet (Guinness and Cider) at The Irish Rover. Then had brunch at Atomic Cowboy and ate Biscuit sandwiches that were the size of our heads.

Next stop was Ratio Beerworks,  a local microbrewery where we sat outside with locals and enjoyed a purple and pink sunset. 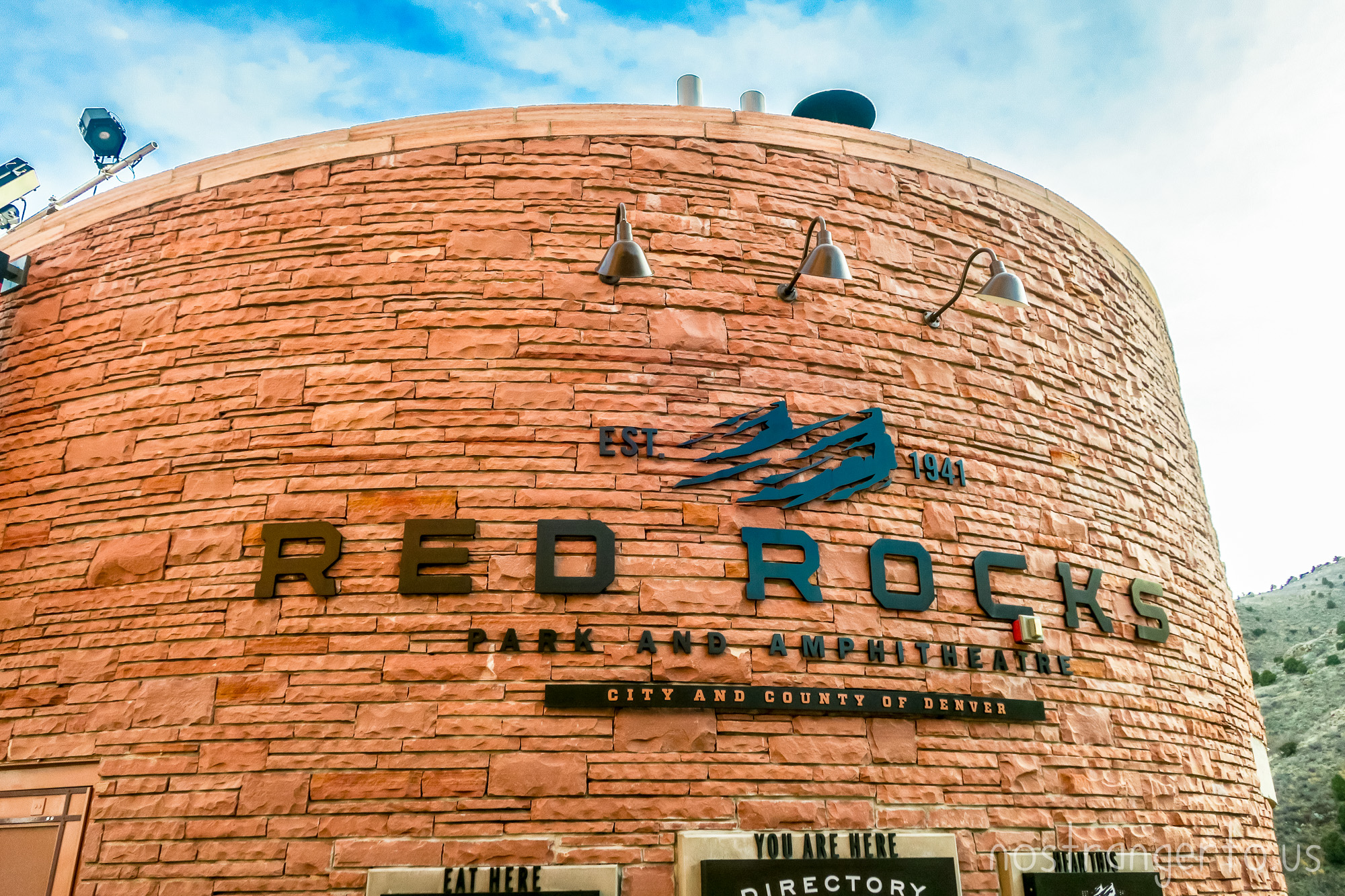 The Beatles, Jimmy Hendrix, U2 and Radiohead have all graced the Red Rock stage. On this trip we got our 15 minutes of fame. I can’t imagine seeing a band concert at this venue. 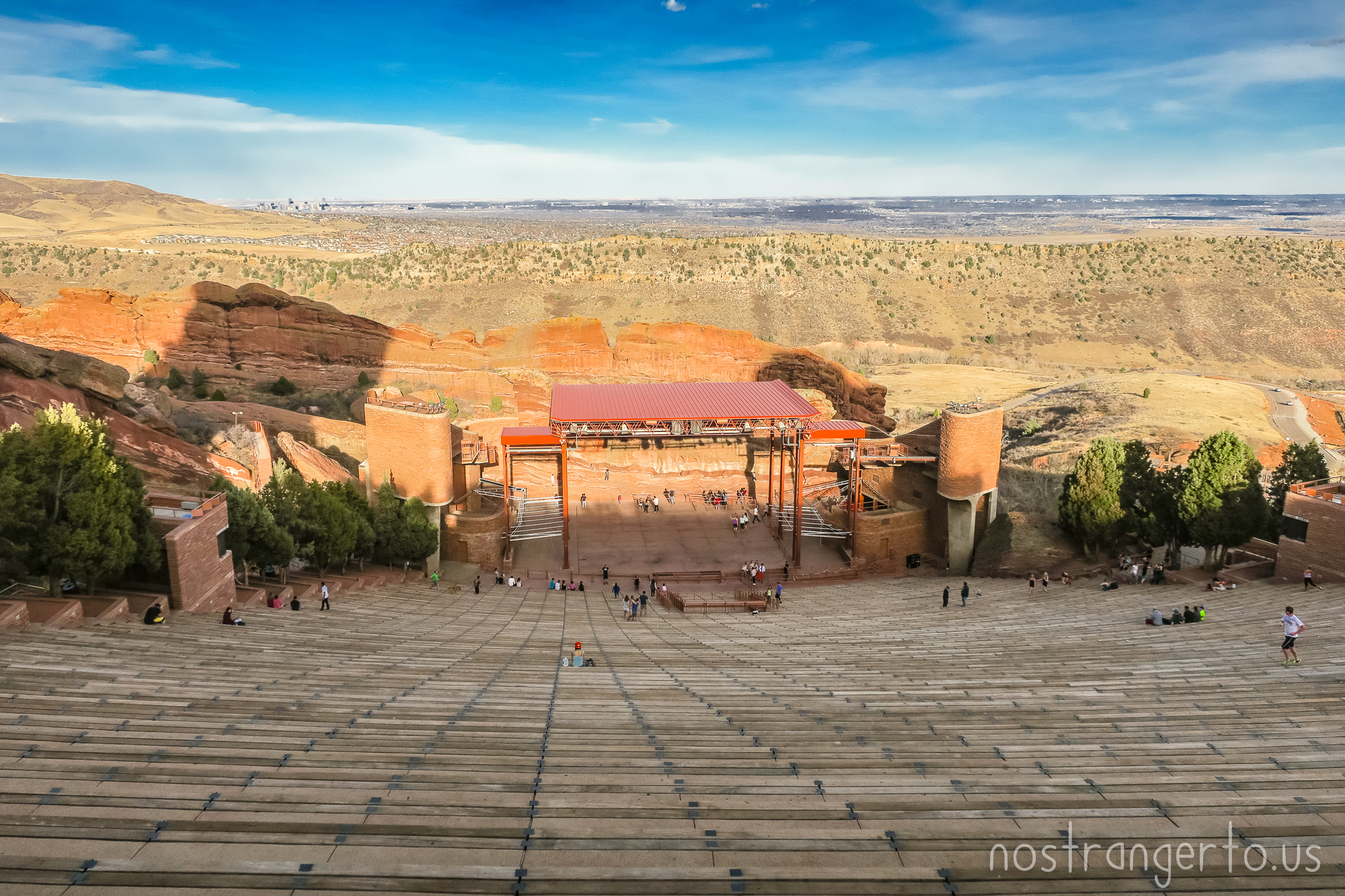 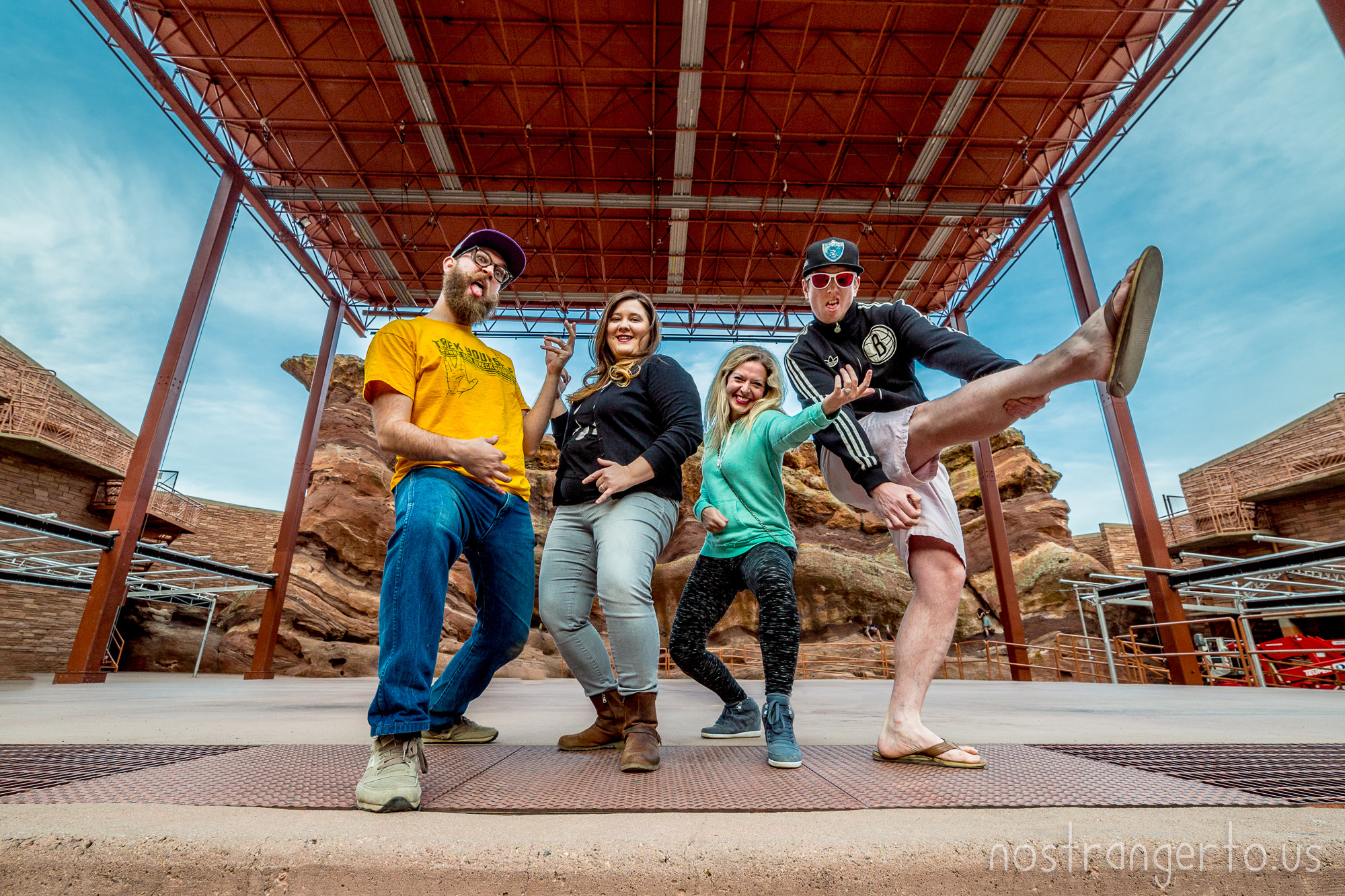 After our performance we headed downtown to have dinner at Root Down. On the menu, pork tenderloin with farm potatoes and jam, lamb sliders and sweet potato fries, and kimchi ribs with a fried egg.

We ended our night at one of the many delicious ice cream parlors Sweet Action, and Juliette had a vegan milkshake! I haven’t had a milkshake in three years. 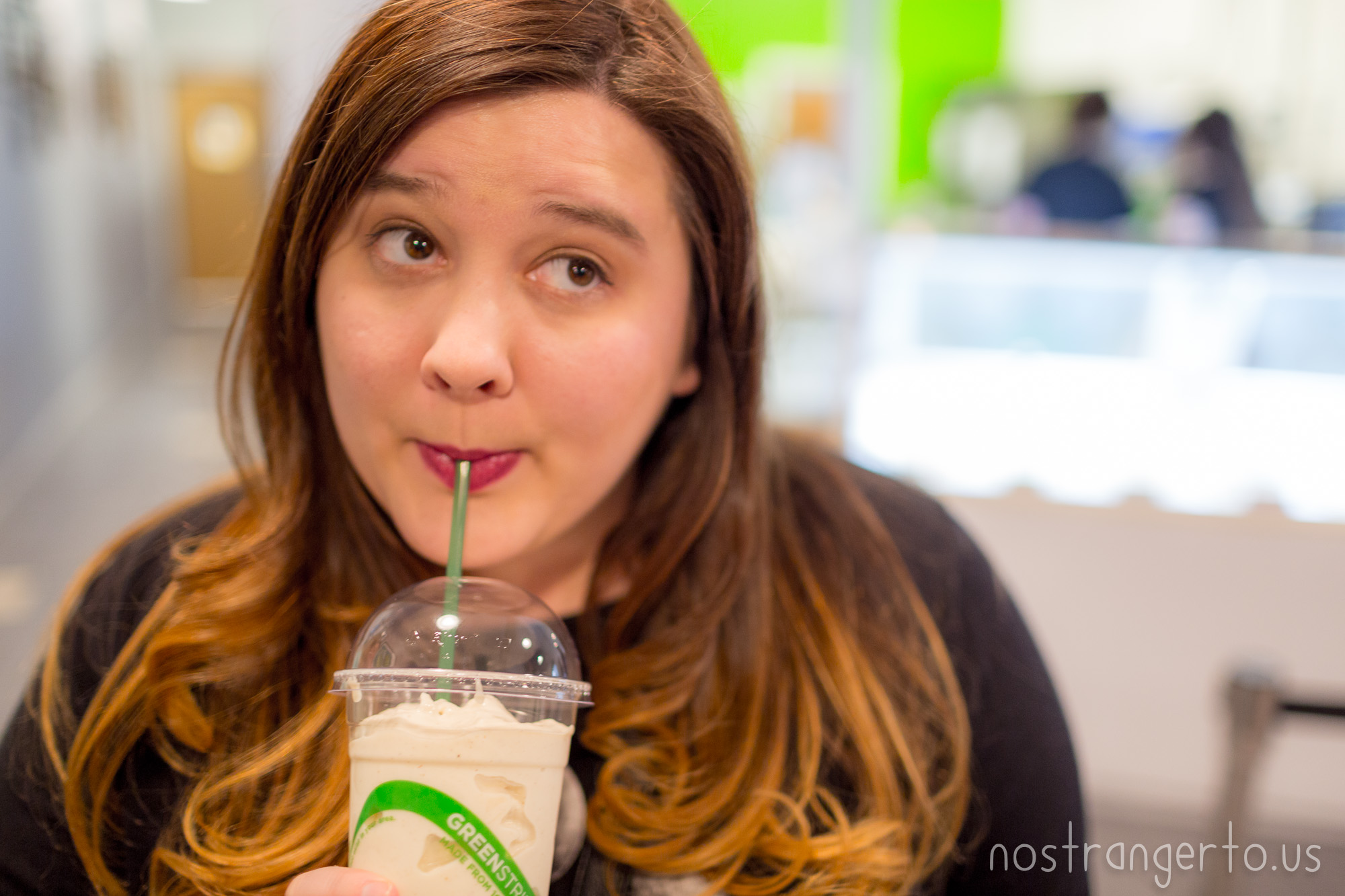 On Day four, we took the long trek to Breckenridge, an adorable ski town outside of Denver to check out some skiers, and get a little more up close and personal with those powered Rocky Mountains. We didn’t end up skiing ourselves, but had some fun flying our drone camera, and getting stuck in some fresh snow banks. 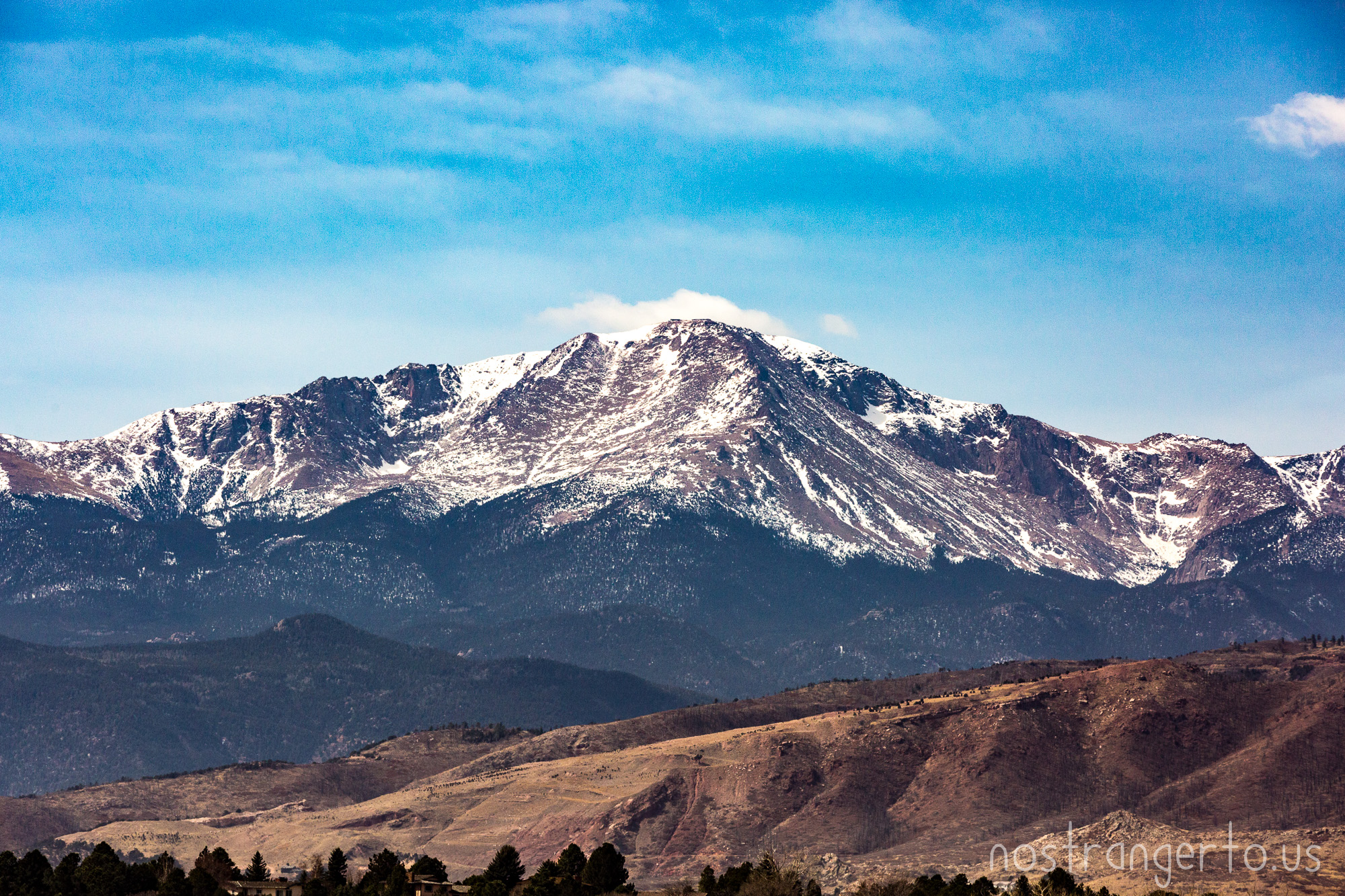 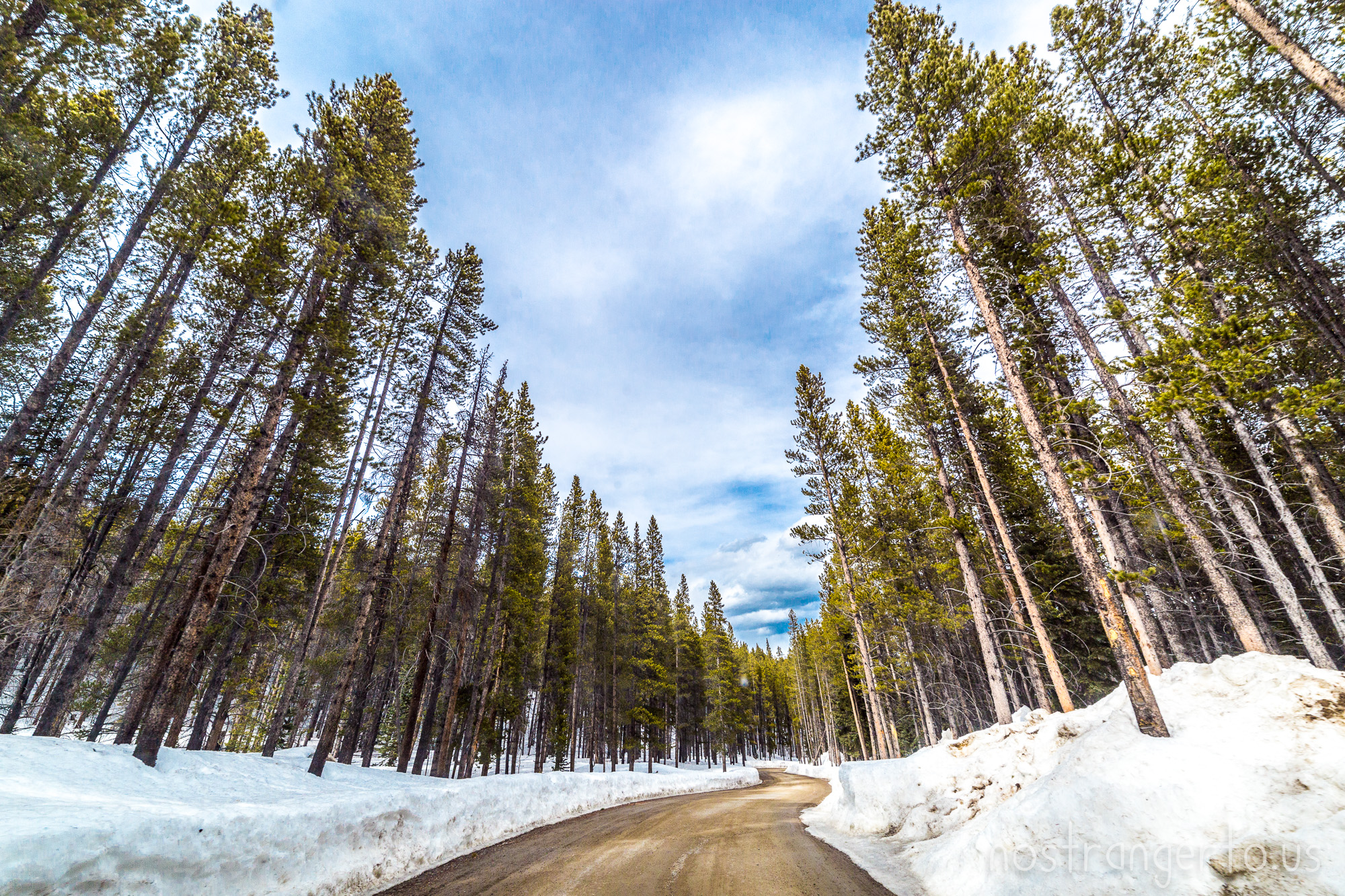 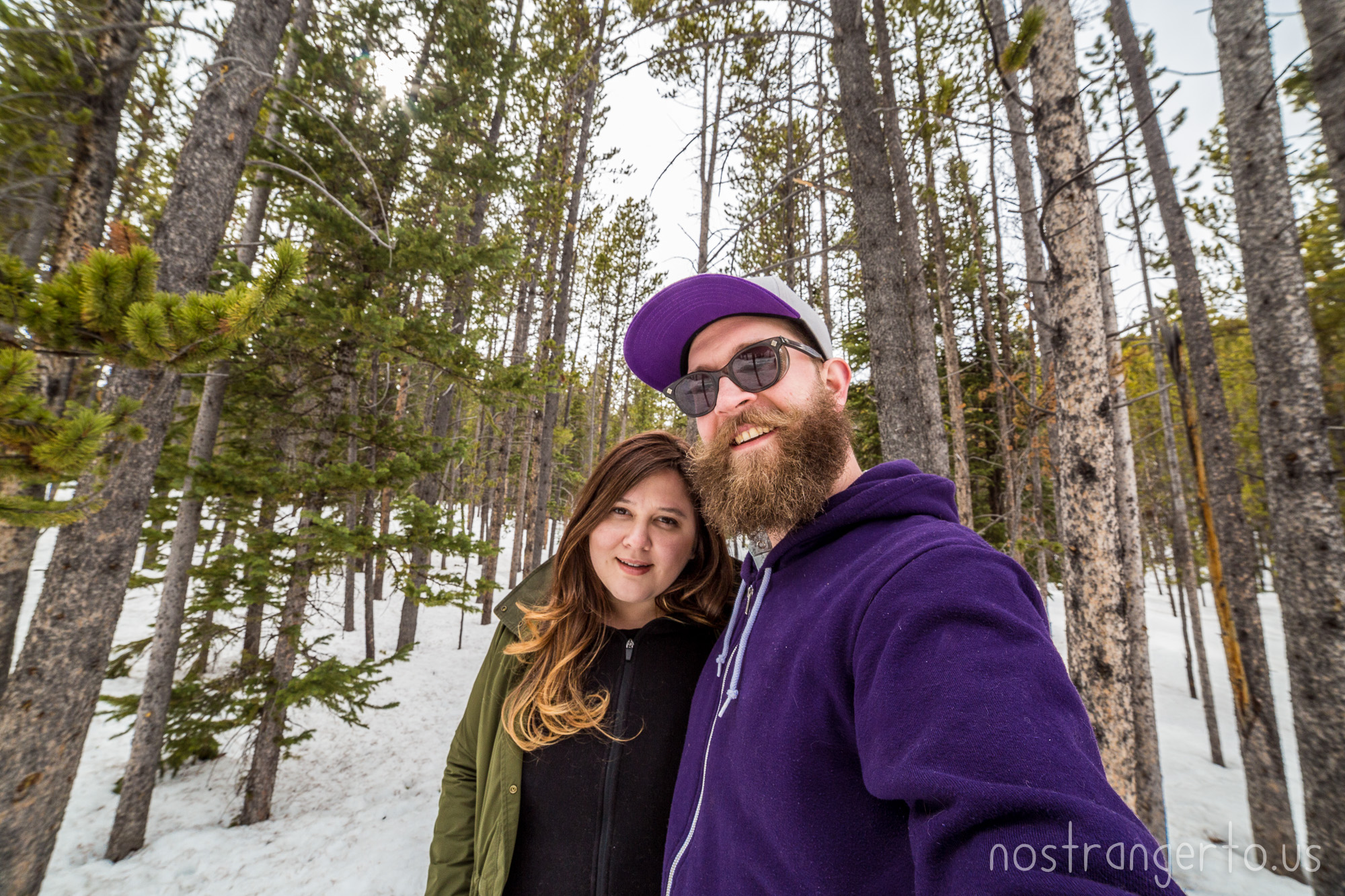 All in all, Denver had great food, beautiful landscapes, and was very hip. I can’t wait to visit our friends Chris and Kate again.