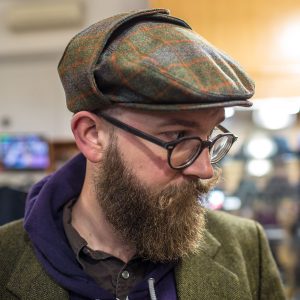 On Saturday I bought a winter hat that I had eyed for some time now.  It is a Russet Plaid Tweed Bugatti Kangol that I bought at my local hat store, Al’s Men’s shop on Fulton St in Bed-Stuy, Brooklyn.  Last time I bought a hat there was when shopping for my wedding in August of 2008.  Their stylish lid selection is unmatched in Brooklyn.

This tweed cap is 60/40 wool & polyester so it is very soft. My new cap is distinctly British yet was made in Italy.  The ear flaps are very important in a winter hat since I have large ears that often get cold.  I tried on at least 3 other hats before I was certain that this one was “the one”. 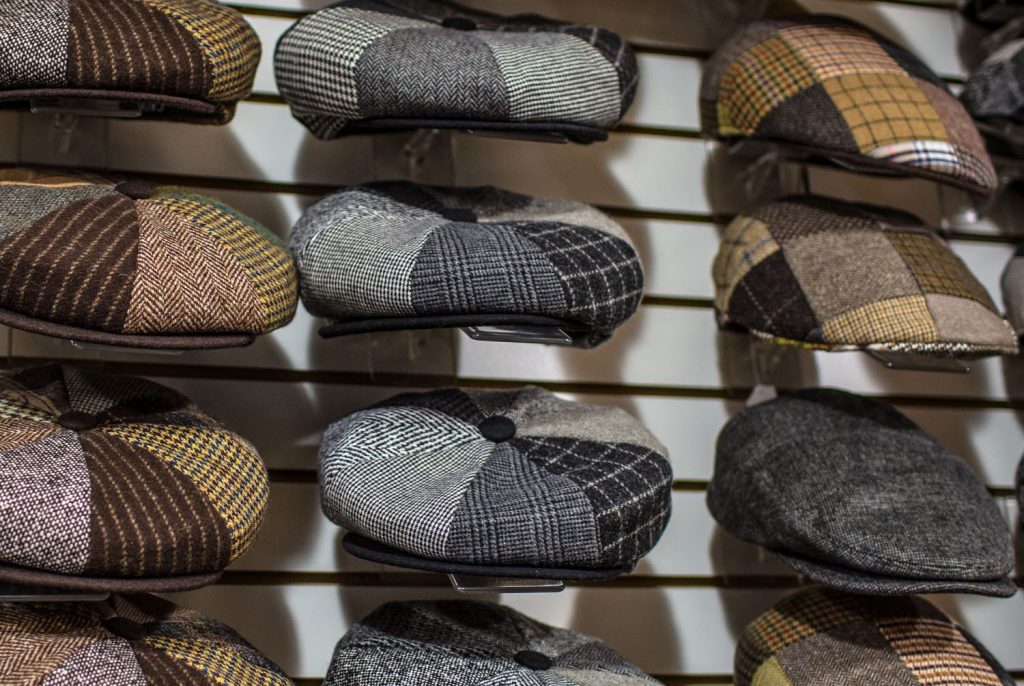 The Winter Hat That Got Away

My new hat style is similar to a wool winter hat I had over a decade ago. I believe I bought that one at Irish Design Center in Pittsburgh, PA.  I lost that hat at the 2004 Whitney Biennial in a dark room featuring the seminal artwork of Anthony McCall “Line Describing a Cone” 1973.  It is a 30 minute film loop of a white line being drawn on black.  Smoke added to the room extrudes the light coming from the projector into a cone.  I sat in that room for almost the entire duration, I took my hat off and lost it in the dark and I have regretted it ever since. (I imagine a savvy museum patron walked away with it.)  Finally I have a replacement that I will cherish for years to come.